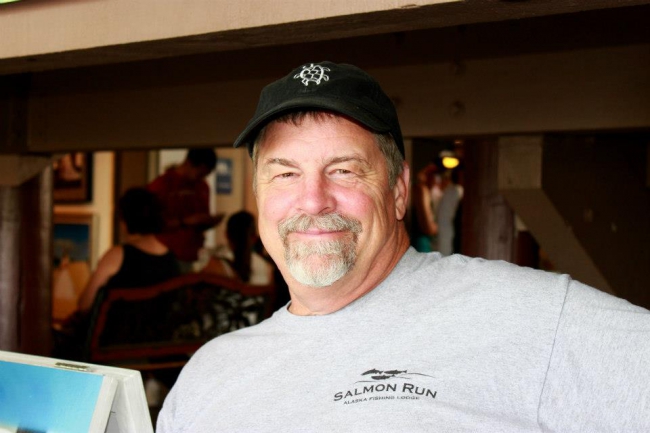 LivingInTheNews.Com has always excepted write ups on either side of the fence, even if you are on a fence..I have found that it is very difficult to find writers on the conservative side… Enter, Tony Olson….

Just after Christmas, I contacted Tony Olson (native of Weiser and the conservative writer of Spin Game) about writing an article for LivingInTheNews.com. During that discussion, Tony mentioned a Christmas poem he had written for a conservative news outlet. We decided that since the holiday had come and gone, we would not publish the poem. Well, hindsight being 20/20, we probably should have published the poem.

A few days before Donald Trump’s inauguration, an anonymous person posted Tony’s poem on the internet, and changed the word “Christmas” to “inauguration”. Within four days, the poem had been shared on the internet more than 80,000 times, with an estimated two million views. There have also been several Youtube videos made of the poem. Who knew?
So, without further adieu, here is the poem as written by Tony Olson.

Twas The Night Before Inauguration
By Tony Olson
Twas the night before inauguration, and up in the tower, The Donald reflected on his newfound power. The conservative masses had come out in force, And delivered a victory that would chart a new course.
The snowflakes were shell-shocked with tears in their eyes, The media lied to them . . . what a surprise. They had been promised a Hillary win, But the criminal Clinton took one on the chin.
And though from all corners celebrities flew, They made no impression, for they hadn’t a clue. They talked about climate, racism, and such, And they made up good stories . . . but didn’t know much.
The fake news and ignorance came at a cost, And they can’t understand all the reasons they lost. They blame it on Comey and Bernie and Vlad, But fail to acknowledge the one that was bad.
Yes, Hillary Clinton, in many ways flawed, Was her own biggest hurdle toward getting the nod. The campaign exposed her corruptness and greed, And her speeches were punch-less as ten dollar weed.
So out in the streets there arose such a clatter, It was Soros-paid protestors and Black Lives Matter. With cities to pillage and windows to smash, They knew not the issues, but needed the cash.
Eight years of Obama had given them cause, To expect a replacement of their Santa Claus. But soon the protestors will feel the pain, When the wheels fall off of the old gravy train.
And now all the snowflakes are riddled with fear, Upset and offended by things that they’ll hear. The cocoa and crayons will help for a while, But fact-based opinions will soon cramp their style.
I originally supported, and voted, for Cruz, In the end, I would vote for whoever they choose. He wasn’t my first choice, but soon I would cede, The one they call Trump is the one that we need.
I saw him on TV in front of a crowd, He spoke about veterans, it made me feel proud. He spoke about energy, safety, and jobs, Taking this country back from the Washington snobs.
He was dressed in Armani, all tailored and neat, And the Brunos he wore made the outfit complete. For a man of his vintage, he seemed rather fit, And he looked presidential, I have to admit.
His eyes glowed like embers, his smile was the best, And his hair was the color of my old hunting vest. His love for this country was on full display, And his actions spoke louder than his words could say.
He thanked all his voters, and before he was gone, Saved thousands of jobs while Obama looked on. The fate of this country left nothing to chance, So, he filled out his cabinet weeks in advance.
The men he had chosen were of the same mind, Let’s set the bar high, and not lead from behind. He picked up his phone as he rose from his seat, With a flick of his finger, he sent out this tweet;
“Now Mattis!, now Kelly!’ now Sessions! and Pruitt! On Perry! On Flynn, You’re the ones who can do it. Start lifting restrictions and building the wall, Now dash away! Dash away! Dash away all!”
The roar of his audience rose from the stands, He kissed all their babies and shook all their hands. He answered their questions and calmed all their fears, They knew it would be a fantastic four years.
Then he jumped in his limo, and off to his jet, A fellow that Liberals won’t soon forget. He sent one more tweet as the evening expired; “HAPPY INAUGURATION DAY TO ALL, AND OBAMA – YOU’RE FIRED!”