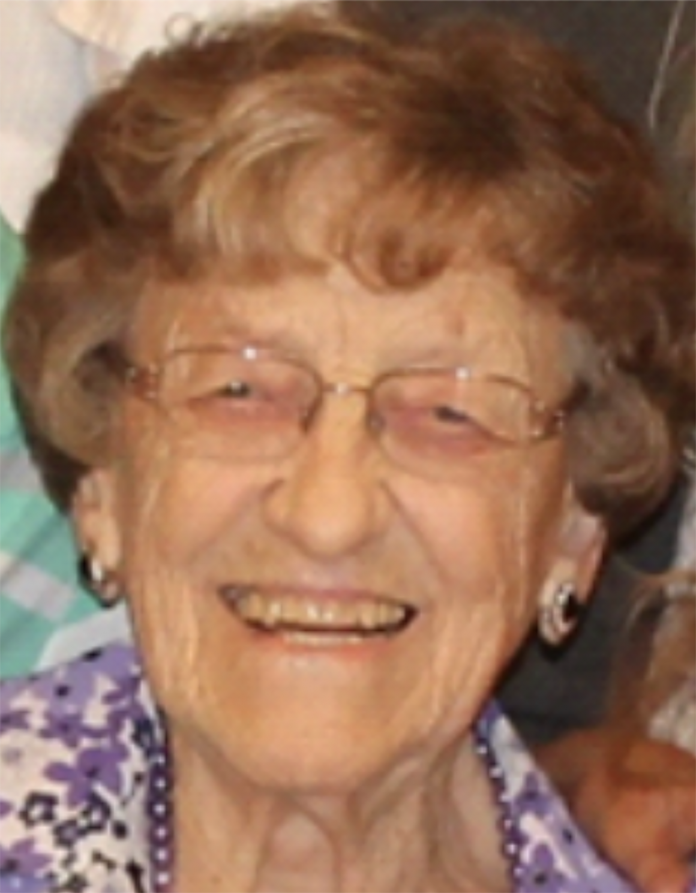 Claramae Hinton Halford, 97, of Weiser, Idaho passed away Wednesday, September 15, 2021. She was born August 17, 1924 in Ogden, Utah to Noble Joshua Hinton and Clara Cottle Hinton. She loved being the youngest of 6 children who all adored their baby sister.

Claramae was reared and educated in Ogden, graduating from Ogden High School in 1942. While many of her classmates were called to serve during WWII (including Don Halford), Claramae worked at the Utah General Depot in Ogden for the next 4 years and was honored to be sent to New York for further training by IBM. When Don returned from his service their paths crossed again and they were married August 31, 1946 in Ogden. Their three daughters, Susan, Donette, and Karen, were born while living there. In 1956 Don was transferred to Buhl, Idaho where their only son, Don Jr., was born. Claramae loved her time in Buhl where she was very involved in raising her children, being a room mother, Cub Scout den mother, Campfire Girl leader, and volunteering many hours with the Buhl Jay-c-ettes, a service organization.

In 1967 they moved to Weiser, Idaho. She often said that “Weiser was a town that just wrapped it’s arms around you,” and she loved being a Weiserite for over 50 years. She had many friends in Weiser, whom she loved and served.

Claramae volunteered for many organizations including the Red Cross Blood Drawings, Fiddle Week, the Election Board, and Weiser Memorial Hospital, where she gave over 3,000 hours of service. She read with students at Pioneer Elementary, and participated in fund raisers for various charities. She was found helping anywhere she was needed. She was honored for her hours of service by being chosen as Weiser’s First Lady for 2004.

She was an active member of the Church of Jesus Christ of Latter-Day Saints and served in many callings. One of her favorites was being a Ward Missionary.

Claramae had many hobbies including gardening, crocheting, reading, doing crossword puzzles, genealogy, making banana bread and pumpkin rolls. She enjoyed golfing and even got a hole-in-one at Rolling Hills Golf Course. But she was best at giving service and was always sharing these hobbies and talents with others.

Claramae was preceded in death by her husband, Donald E. Halford, her parents, siblings, and one grandson, Brian Brown.

Funeral services for Claramae will be on Saturday, September 25th , 2021, at 1:00 p.m. at the Weiser L.D.S. Church after which she will be laid to rest at Hillcrest Cemetery.