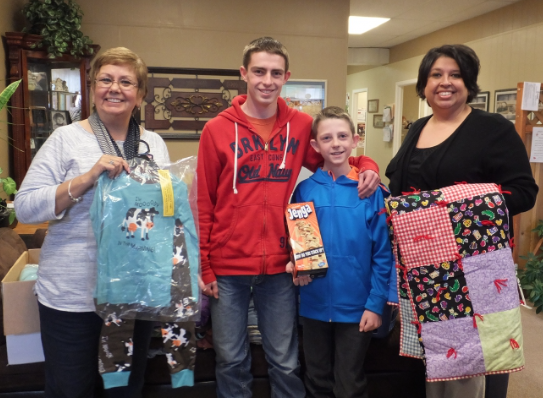 Eli Thomas Murphy of Troop 330 was awarded the Rank of Eagle Scout -the Boy Scouts of America’s highest honor- on October 14, 2015.  Troop 330, sponsored by The Church of Jesus Christ of Latter-Day Saints, held a Court of Honor to bestow the Eagle Scout Award.

Eli, son of Tom and Heather Murphy of Weiser, attends the Idaho Virtual Academy School and has been involved in Scouting since 2008.
Eli, 15, has also participated in the “8 in 6 Program” whereby he will earn his Associates Degree along with his High School Diploma.  He swims year round with the Ontario Swim Club.  Eli has also enjoyed volunteer work for school projects and a larger service project for Rose Advocates in Weiser.  He loves helping other scouts with their Eagle Scout Service Projects.  In his free time he camps, hunts, fishes, snow skis, and spends time with his family.
Eli’s Eagle Scout Service Project was renovating the Public Restrooms at City Park in Weiser, Idaho.
As Scouting teaches young Americans the principles of self-reliance and goal setting, Eli’s future plans are to graduate from high school, serve a full-time mission for the Church of Jesus Christ of Latter-Day Saints, attend college, swim competitively during college.  Someday Eli hopes to compete in the Olympics.