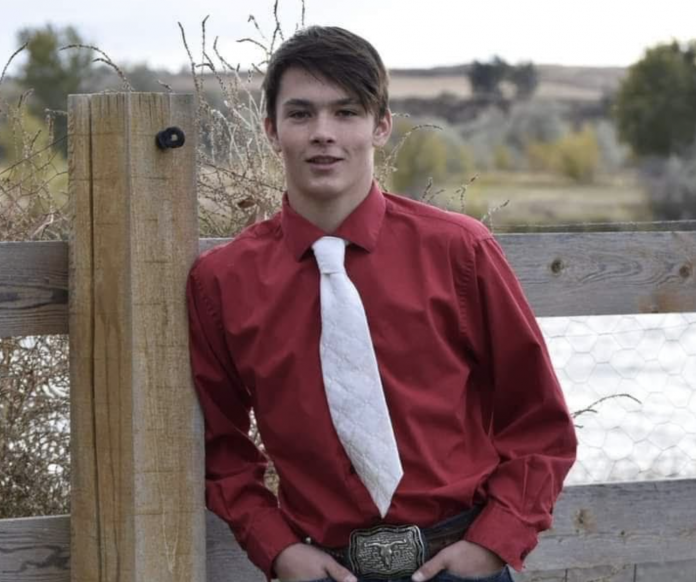 Justin Michael Petersen was born in Boise, Idaho on November 27, 2004 to Josh Petersen and Christine Bassett (née Virden). Justin attended Weiser High School, where he was a Junior.

Justin was passionate about sports, the outdoors, and even animal husbandry. He was a member of the Weiser High School Junior Varsity football team, and was a Varsity wrestler. He enjoyed spending time in the outdoors, hunting, fishing, and camping. He was growing into a conscientious young sportsman. Justin was also a member of the local Wrangler 4-H club and later raised and sold market swine for the Fifth-H 4-H Club in Payette.

Justin was a devoted friend, with many friendships that transcended the boundaries of teenage social groups. With an infectious smile, he was always ready for any situation with a good natured, if sometimes inappropriate joke. He loved playing video games, listening to music, and working out with close friends and family. He was a sensitive young man, even if he didn’t want the world to see it. He was a loyal son and brother, who was protective of his family, and would do anything to help someone in need.

Donations in Justin’s name can be made through Thomason Funeral Home, 221 E. Court St. in Weiser.