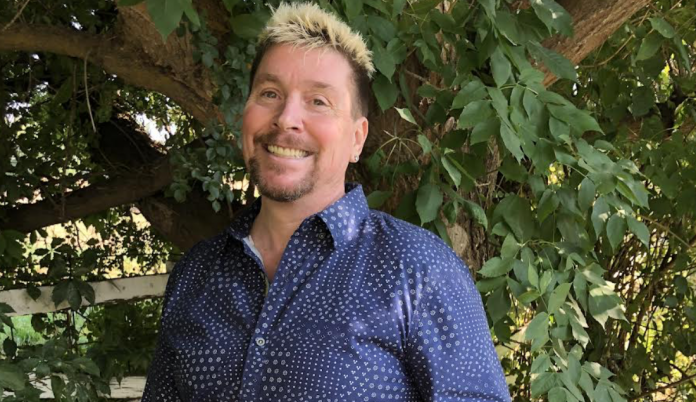 Kevin Clark Burns, 54, was born on April 22, 1967 in Pendleton, Oregon. The family settled in Parma, Idaho. Kevin graduated from Parma High School in 1985. Then he attended The San Francisco College of Mortuary Science. After graduation, he worked at Willow Glen Funeral Home in San Jose, California and Lienkaemper Chapel in Ontario, Oregon. Kevin cared for and comforted hundreds of families during his 20 plus years as a funeral director.

He met his future wife, Leslie Ann Mendoza, in 1991 and they were married in 1995. They raised their daughters Aeverie and Bentley in Payette, Idaho. Kevin loved his family! He was an avid supporter of his girls and the Payette Schools where he worked in Federal Programs. You would always find Kevin cheering the loudest for Blue and Ben at dances, pageants, and sports events.

His longtime battle with cancer ended in Portland, Oregon on September 8, 2021. Kevin is preceded in death by daughter Emery K, parents, Marlene Joy Ledington and Leonard Edward Burns, and father-in-law, Steven Leslie Mendoza. He is survived by daughters Aeverie Blue and Bentley Ann, their mother Leslie, brother Karlen Burns and his children Alison, Kayla and Chantz and his brother Kent Burns, his wife Cassidy and children Bradee, Shelbi, Kaghen and Marlee.

Kevin will be laid to rest with daughter Emery in the Parma Cemetery. In lieu of flowers, donations can be made to The Aeverie & Bentley Educational Fund at any Washington Federal.