Letter To The Editor – Linda Strain 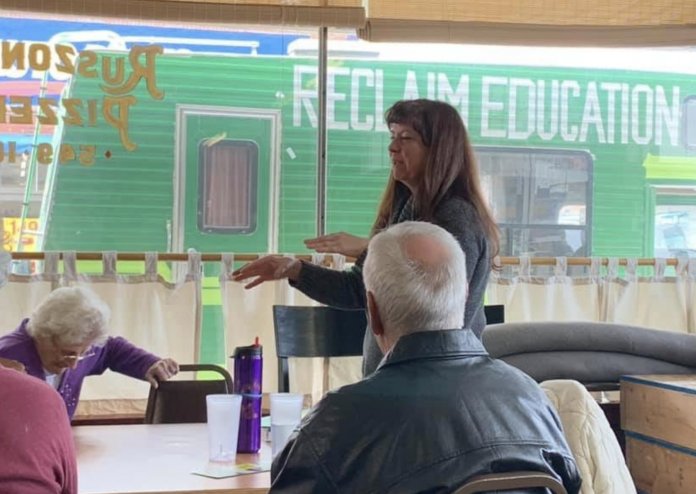 Dear Editor and the Honorable Representative Ryan Kerby,
I hope that all your families are well. My Letter to Representative Kerby today is to ask that you Please Vote “No” on SB 1110 which is on the House floor as the session reopens.

Voters in Washington and Adams County value their citizen initiative rights. In 2018, local volunteers worked hard to qualify Medicaid Expansion for the ballot, and the initiative passed in District 9 with 55% of the vote. The proponents of this bill are wrong to assert that rural voters do not currently have a voice in the initiative process. The Medicaid Expansion initiative won, the majority of votes in nearly every rural county in Idaho, including yours and my County.

Senate Bill 1110 would make it virtually impossible for any “Grassroots Initiative” to qualify for the ballot. It is already extremely difficult to qualify an initiative for the ballot in Idaho. It requires signatures from 6% of “registered voters” in each of 18 districts. This bill, SB 1110 will deny all Idahoans, rural or otherwise from ever being able to get another citizen initiative on the ballot. How so? By doubling requirements for signatures, from 6% in 18 districts to 35 districts. In fact, if all the Districts got their signatures, 6% or more but one district failed with 5 ½ %, ALL yes, ALL signatures, would be null and void. When Medicaid expansion got on the ballot Reclaim Idaho Grassroots volunteers, which I was one, had to gather nearly twice as many signatures just to meet the CURRENT requirements. This bill will strip us Idahoans of our constitutional rights to petition an initiative/referendum for the ballot. It will make the initiative process impossible to achieve!

The ballot initiative is the constitutional right of every Idaho citizen. It is a right that was enshrined in our state constitution over a century ago to give ordinary citizens a voice in their government. Senate Bill 1110 will silence all the voices of Idahoans and revoke our Constitutional rights to Petition a Ballot Initiative, revoking the Power inherent to the People.

The 18-district requirement was established in 2013. In the 8 years since then, 15 initiatives have been attempted and only 2 made the ballot. 13 of 15 attempts were blocked under the current rules.

Let us face the facts, you will not be a Legislator forever. This bill SB 1110 will silence your voice as well and the voice of your children and grandchildren. Do you genuinely want “Your Voice” to be silenced? I certainly do not.

Representative Kerby, I ask you for a NO vote on SB 1110 to protect the voices of the People of Idaho! Thank you for your time.