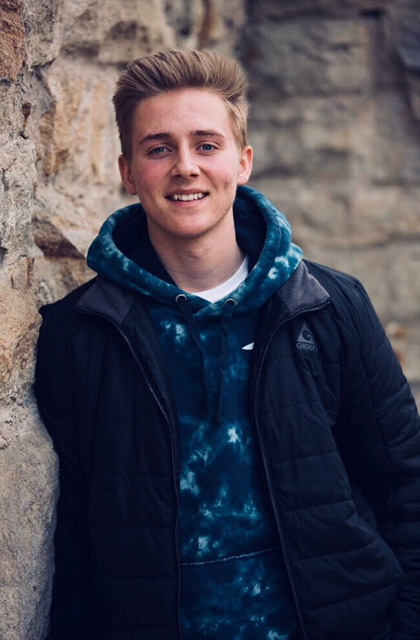 Luke Allen Hansen, 18 of Weiser, Idaho passed away Friday, July 27, 2018 in Spanish fork, Utah. Luke was born November 23, 1999, in Boise, Idaho, the son of Bryan and Gina Hansen. He was the youngest of five children. He has three older sisters and one older brother. He also has two younger half-sisters. Luke grew up in the towns of Nampa, Greenleaf and Weiser, Idaho.

He attended West Canyon Elementary and continued the rest of his education in Weiser. He graduated from Weiser High School on May 20, 2018 and was involved in the Sports of football, basketball and tennis.

He also enjoyed being involved in church activities and spending time with family and friends. Luke earned and was presented the rank of Eagle Scout in May 2018.

Luke’s personal goals after high school included serving an LDS mission, attending college and studying architecture. He also looked forward to one day getting married and raising a family. Luke loved life and was a friend to all. His contagious smile and laugh touched everyone that knew him. Before Luke’s death he was living in Spanish Fork, Utah with family, learning the skill and occupation of computer technician.

Luke was preceded in death by his mother Gina Hansen who passed away in 2006, also by his grandfather Larry Hansen.

Luke’s natural kindness and loyal friendship will be missed by all who have known him in his life. We love you Luke.

Condolences may be sent to the family at www.lienkaemper-thomason.com.