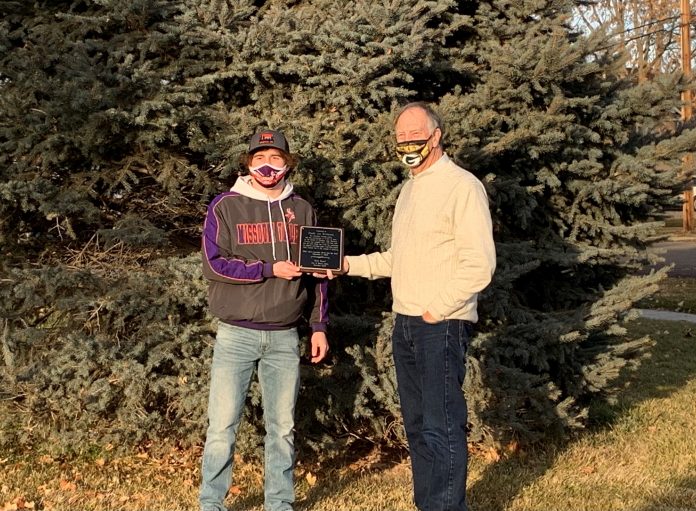 Many of you may remember an article on “Living in the News.com” a couple of months ago featuring local kid, Brody von Brethorst, and his heroic tale of rescue. After learning of this incredible story, Mayor Hibberd wanted to do something in recognition of this selfless act.

Today, Mayor Hibberd presented a plaque to Brody von Brethorst for rescuing another teenager named Furious Laney who had been knocked unconscious after he jumped from a popular cliff-diving spot in Missouri. The plaque reads:

“Presented to Brody von Brethorst for rescuing Furious Laney who was unconscious in 11 feet of water on the bottom of Stockton Lake, Missouri. Furious had jumped from a 60-foot cliff into the water. Brody was at the top, anticipated the situation, and began plans to get down quickly while Furious was in the process of jumping. While others panicked, Brody kept his head. September 5th, 2020. Well done! City of Weiser, Idaho, December 2020.”

Brethorst is well-known locally for being a great student, friend, athlete, and son. His family was present at the City Park while Mayor Hibberd gave a brief speech and handed over the award.

Your hometown is proud of you, Brody!