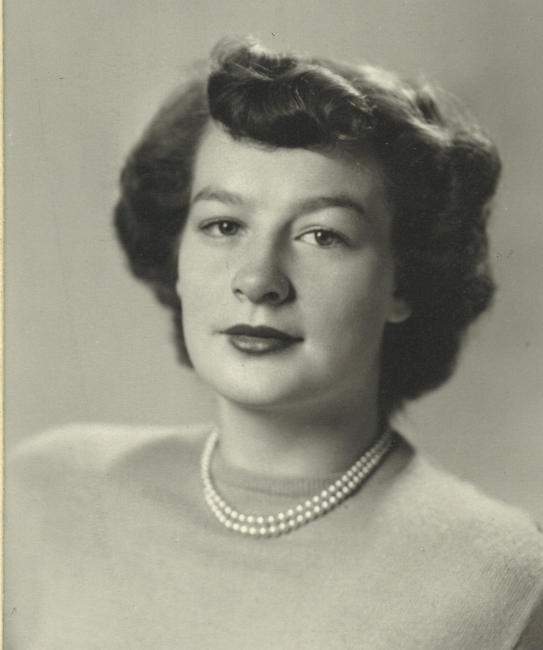 Patricia Arlene Anderson came into this world on July 23, 1933 on her mother’s birthday. She left us on March 26, 2019. She was born to Kenneth and Irene (Murphy) Anderson in Fruitland, ID and moved to Weiser, ID in 1934. Kenneth and Irene had 2 other children, Ardith Witte and Monte Anderson. She attended Sunnyside School, Weiser Junior and Senior High. She belonged to several clubs, but her favorite was her column for the school newspaper with her good friend, D’Esta. Called ‘Rambling with Pat and Dee’ (we can only imagine the topics they covered).

Pat took a gap year after high school and worked at the Weiser Signal Newspaper and then headed north to ‘The’ University of Idaho, where she was a member of Pi Beta Phi Sorority. She met James Harberd at Idaho and together they had 3 children, Jim, Tim and Lisa. The family lived in several different places, but eventually landed in Boise. In 1970, Pat and the kids permanently settled in Weiser.

Her pride and joy? Pat’s love for her family, friends, and community. She embraced all 3 and was there for all, no questions asked. Pat was a kind soul and had a great smile accompanied by a sparkle in her eyes. She was known as Grandma Pat (or GP, as we called her) not just by her grandchildren, but by children in Weiser and also by the grandkids’ friends, even outside of Weiser. One thing for sure, Pat loved her grandchildren.

She was preceded in death by her parents, Kenneth and Irene, her sister, Ardith, and her beloved brother in law, John Witte.

Services for Pat will be held at the Weiser Community Church on April 6, 2019 at 1:00 pm. A Celebration of Life will follow at Rolling Hills Golf Course.  Donations can be made to the Snake River Heritage Center or Weiser High School Athletics.

And as Pat likes to say “It is a great day to be a Wolverine” and “Go Vandals”!

Arrangements under the direction of Thomason Funeral Home.  Condolences may be sent to the family at www.lienkaemper-thomason.com