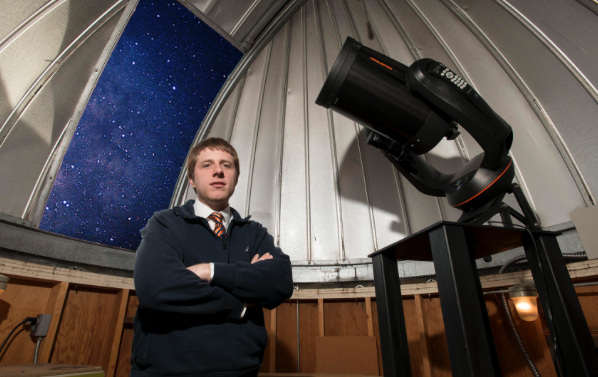 On Thursday, May 11th at 6:30 pm there will be a public presentation regarding the upcoming solar eclipse. The presentation will be held in the Weiser High School auditorium and is open to the public. There will be several presenters give their unique perspectives about the total solar eclipse which passes over the area on Monday, August 21st. The purpose of this town hall meeting is to (1) educate the public about the science of the eclipse, (2) share eclipse activities that the public can participate in, (3) share easily accessible resources about the eclipse, (4) allow people to ask questions about the eclipse.

Brian Jackson will be one of the evening’s presenters. Mr. Jackson is an assistant professor of physics at Boise State University. He earned his Ph.D. in Planetary Science from the University of Arizona. Mr. Jackson is involved in research on orbital evolution and transit and eclipse observations of extrasolar planets – planets that orbit stars other than the Sun.  He will be talking to Weiser students earlier in the day about the eclipse and will offer his observations to the public that evening. Mr. Jackson is hosting a conference at BSU this summer and plans to bring his conferees to Weiser to observe the eclipse next August.

Another presenter will be Dr. Laura Peticolas. Ms. Peticolas is a Senior Fellow at the Space Sciences Laboratory at the University of California, Berkeley and the Director of Multiverse, the Education and Outreach of the Space Sciences Laboratory. Dr. Peticolas is aheliophysicist who researches sun/earth connections. Dr. Peticolas is organizing a large citizen science project called the “Eclipse Megamovie”, which is a project to secure volunteers across the eclipse’s path of totality to take images of the sun’s corona during the eclipse. These images will be used as data by scientists studying the sun. She will be speaking about the Megamovie project at this public event. For more information about the Megamovie project, you can visit their website at: http://news.berkeley.edu/2017/02/21/megamovie-project-to-crowdsource-images-of-august-solar-eclipse/