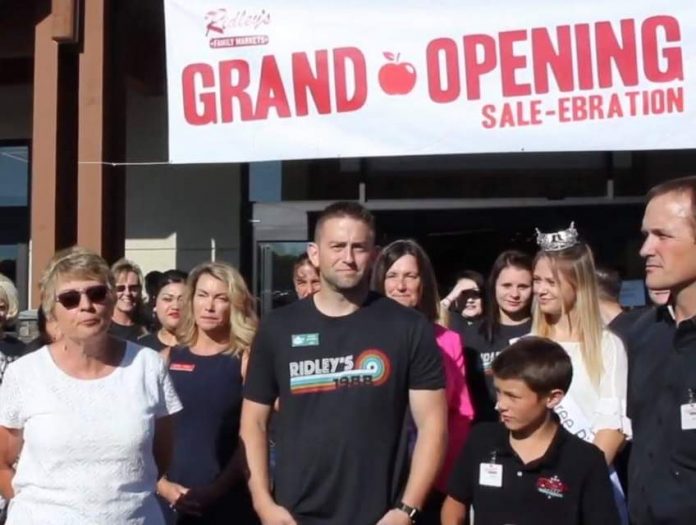 The Weiser Ridley’s is welcoming a new Store Director as they wish farewell to Shane McInroy on his new venture out of state.  McInroy started with Ridley’s back in 2006 but left for a while and came back in 2015 as Store Director, where he has been for just over five years.

McInroy has taken a position as District Manager of the East Division for the Ridley’s company.  Within this district, there are five stores between Wyoming and Colorado.  “Because of the spread-out district, we have decided to relocate and move our family to Casper, Wyoming.  I am very excited and feel I can bring a lot to this position,” he said.

Reflecting on the last five years at Ridley’s in Weiser, McInroy shared that Weiser has been through a lot and we have seen the community come together in amazing ways.  When the old Ridley’s building started to collapse during a heavy winter that came to be known as “Snowmageddon,” everyone came together as a team to set up a temporary store.  Being with the newly built store, McInroy says that he has been able to take his career to the next level with the experience he has acquired.

When asked what he will miss the most about Weiser, McInroy stated that he will miss family.  “My wife and I have both grown up in Weiser and having kids with their grandparents and cousins all in one town will definitely be hard to leave.  This is really the only thing that made it a difficult decision.”  The family has already purchased a home and will be permanently moved by March.

McInroy is confident about the future of the Weiser location.  Mary Dimmitt will be taking over his position as Store Director.  Dimmitt has been the assistant for five years and he feels that she is very qualified for the position.  “She has really made my job easy while I was there,” he said.  Weiser community members can rest assured that Ridley’s is in capable hands.