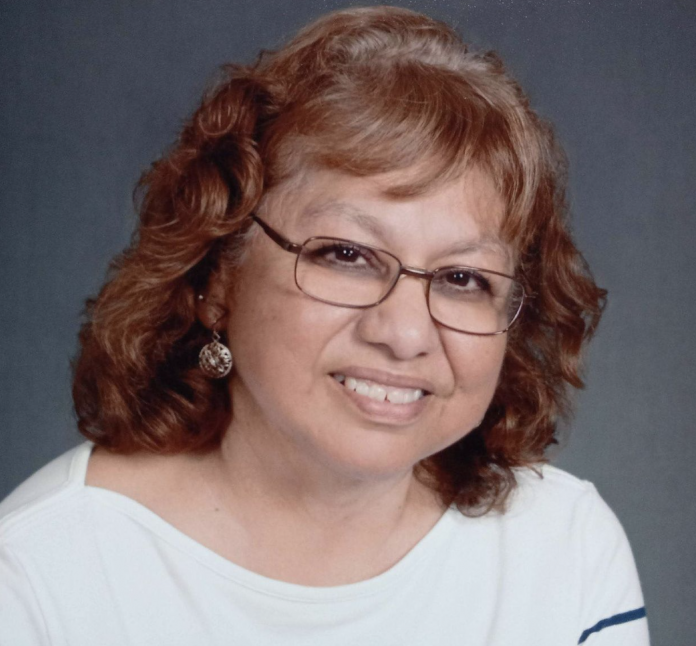 Growing up in Weiser, Socorro married her childhood sweetheart. They didn’t go far after they got married. Nampa was where they settled down to raise their family.

Socorro worked with the disabled community for 41 years. She was beyond amazing in this career. She even joined dozens of local councils to advocate for this community. For a bit in the 90’s she worked with the Nampa school district as a special education teacher. Socorro loved her job deeply and felt passionate about making sure the disabled population was treated well, respected, and loved. Her selflessness had no bounds. She took a small break after 41 years to care for Willie. During this she began her special education time in the Weiser School district. After 11 years there, she collected a lot of stories. Enjoying the time she had in the library some days, or in other parts of the school where she was needed. The children loved and respected Socorro. Oh, how she loved and respected them back. While she was in Weiser, she started to do translations for the Spanish speaking kids. When she was a kid, she didn’t have a Spanish translator, so doing this for the kids she felt like they would greatly benefit from it.

Lots of Socorro’s friends reached out and said “[Socorro] took me under her wing. She taught us a lot of stuff.” She would call and invite her friends to things so they wouldn’t be lonely. This superhero woman had a heart so big that it would help heal anyone whom she was around. She would help others heal by lending an ear or a shoulder, not being shy about the hardships of life, and simply loving deeply. Socorro saw what was special in people and gave them the benefit of the doubt.

The whole family felt her love. Her daughter would call her once or twice a day in college. Sometimes it was about serious things, and sometimes it was about silly things. Her daughter said “[We] were blessed to have each other. Even through the hard times. We gave each other grace.” Some family members would call once a week, and others would call once a month consistently. Everyone wanted to talk to her.

The family bought her a flash t-shirt as a joke because at one point she got very slow walking around. While she was walking, she would pretend to be flash, and everyone would laugh! It’s safe to say that the funniest person in her book was her husband. She always laughed the hardest at his jokes (even if they weren’t that funny).Her husband was the love of her life. Their love story was one that inspired their kids, and everyone that knew them.

Socorro made delicious food even though she hated cooking. But if it brought her family together and made everyone happy it was always worth it to her. The first thing any of the family wanted when they got home was a fresh meal regardless if it was as simple as beans, rice, and tortillas. She’d get compliments of her cooking tasting just like her mom’s. When her great niece reached out to her about learning how to make tamales, she felt like maybe she was good at cooking and never turned down time with family.

Socorro’s hobbies were including but not limited to crocheting, salsa making, tamale making, reading books, and taking care of her chickens. This humble woman would make up to three blankets at a time during the holidays on top of all the other things she was doing. With the gifts she’d include her fresh homemade tamales and canned salsa.

Her strength was so strong on the inside, it would radiate from her on the outside. Always looking out for the happiness of her family. As long as she knew they were taken care of, she sacrificed much of her time for others. From guiding children in Spanish to English translations after hours at school to taking a friend who needed love out for a night, Socorro’s legacy of generosity, family relationships, and love for her community will be left with her loving family.

Rosary will be at the Thomason Funeral Home 7:00 pm, November 15.

The funeral will be November 16th in the hall at St. Agnes Catholic Church at 1:00 pm and graveside to follow.