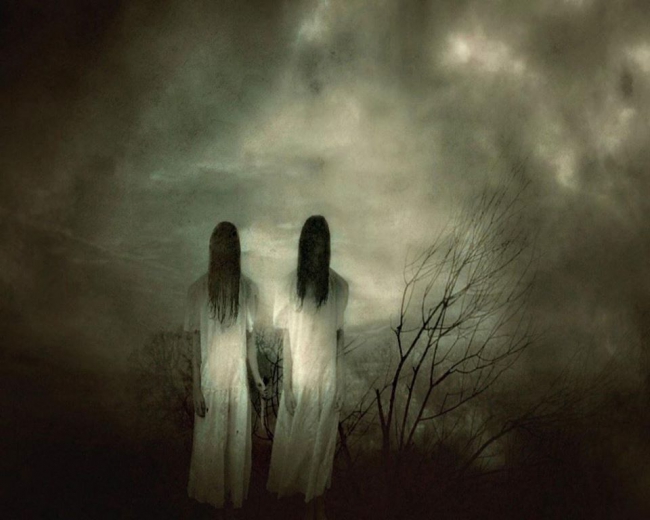 The world of the paranormal is overshadowed with many great mysteries, some of which are very rare. One such mystery is the doppleganger. The term doppleganger originates from Germany in the early 19th century. A doppleganger is an apparition or body double of a living being. Traditionally, it was believed that if the owner could see this phantom self, that it could have been a precursor of bad luck, tragedy or even a death. Over the years, that myth has been dispelled. Occasionally, however, a doppleganger has been seen by friends or family, resulting in a lot of confusion by showing up in different locations at the same time. At some point in everyone’s life, someone may have told you that you have a twin they have seen elsewhere. This is a clear example of a doppleganger. It is thought by some that in instances of “bilocation”, a person can spontaneously or willingly project his or her double to a different location. In some reports, this double is indistinguishable from the real person and it can interact with others just as the real person would. Due to the rare occurrences and lack of

documentation, little is still known of this perplexing anomaly. American writer Robert Dale Owen documented the first report of a doppleganger brought to his attention in 1845 by a thirteen year old girl attending an all girls school in Germany. She reported that her teacher Miss Emilie Sagee became the subject of rumor and speculation following an incident in which her double suddenly appeared beside her while she was writing on a chalk board that was witnessed by her thirteen students. The report went on to describe how the double copied the teacher’s movements of writing on except for the fact it was not holding any chalk. Another such case involved French author Guy deMaupassant. The encounter is told in his short story “Lui” of how his double entered his room, sat down across the table from him and began dictating what he was writing. The whole event left him very perplexed as to what had happened. Encountering a doppleganger is very rare even for the most seasoned paranormal investigator. I, myself, have had one experience with a double of our cat in 2011. I was in my living room chatting with some friends of the family when we all three noticed a small shapeless mass move between the couches we were sitting in, across the floor and

down the stairs. We looked at each other and asked “Did you see that?” Indeed we all had. The mass was undefined with no legs, tail or head, but was the exact same markings and colors of our cat Sugar. We at first thought it may have been her, but we looked around to see her sound asleep in the corner of the couch.

Apparently, she was the only one who had not seen the event. That encounter left us all shaking our heads as to what had happened. Having any paranormal encounter is rare, but to have actually seen one of the rarest of paranormal events is events is AMAZING! I personally feel we will never know the answers to all of life’s greatest mysteries, but if we chose to embrace those rare moments with an open mind without fear I feel we are truly living. ~ Debbie Frediani ~ Founder/Case Manager of Visions Paranormal Society