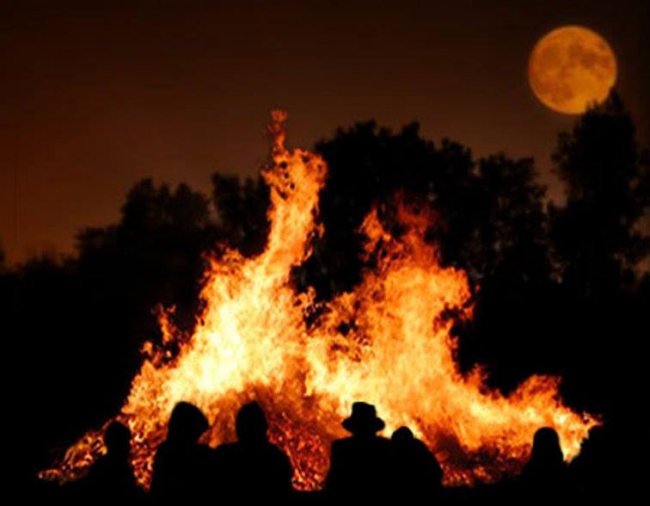 It’s that time of year again as we step out of our warm, cozy homes into the cool, crisp morning air and make our way to our destinations through a crunchy carpet of colorful fallen leaves. I love this time of year as it brings back so many joyful childhood memories of making popcorn balls with my Grandma. This time of year also prompts not so comforting images of modern day versions of vampires, ghosts, demons and gouls that appear in so many of

Hollywood movies and shows geared towards sensationalism. Most people really have no idea about the history of Halloween and that is the subject of today’s blog. Halloween originated as a Catholic vigil observed on the Eve of All Saint’s Day, which falls on November 1st, back in the early middle ages. It’s roots are traced as far back in time to an ancient Ireland pagan festival known as “Samhain” or “Summer’s end marking the official end of summer and beginning of winter to come. It is believed that Samhain marked the most important of the fourth quarter days in the medieval Irish calendar. This

celebration included feasting, bonfires, sacrificial offerings and paying homage to the deceased. It is also believed

that this time also brought the physical and supernatural worlds closer together, a “thinning of the veil” so to speak, and that magical things could happen. During the Medieval period, the earliest documented customs associated with Halloween were the lighting of bonfires, apparently to symbolize and pay homage to the lost souls lost to purgatory. The custom of “souling” involved going door to door offering prayers for the deceased in exchange for “soul cakes” and other edible treats. The act of “mumming,” a custom originally associated with Christmas, consisted of parading around in costumes chanting rhymes while play acting, was added later on to the Halloween festivities. By the time the Irish immigrants came to America,

bringing the holiday with them, mumming and souling were all but forgotten back in Ireland itself, where the known Halloween customs of that time period consisted of feasting, praying and playing a variety of games such as bobbing for apples. Despite the obvious similarities, it is apparent that these medieval customs have evolved into our modern day society. So, this Halloween as you hand out treats to the little ones, don’t forget to let your inner child enjoy in the festivities as your forefathers did. Laugh and enjoy some spooky stories by candlelight in a darkened room. Let yourself be swept away back in time and dance through the mysterious shroud that swirls around the history of Halloween. Please feel free to visit us on our Facebook page for updates, photos and videos of our team. As always, if you have any questions or concerns, you may private

message us through our Facebook page or by calling us at: 208-999-6127. Have a wonderful week friends and thank you for your continued support.  ~Debbie Frediani~