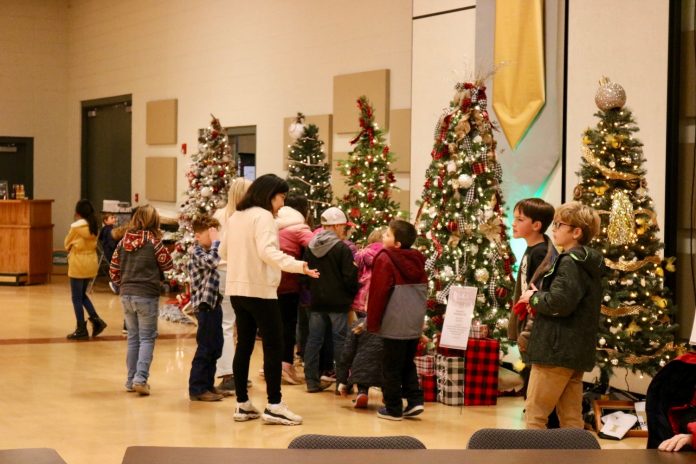 Thursday, November 17th second through fourth graders form Annex Charter School and second graders from Weiser’s Pioneer School were able to travel to the Vendome to see the Festival of Trees.

Students were escorted around the festival and were given information on each tree by Sally Bouvia. Lara Tolman and Esther Walker provided music as students veiwed the trees. Afterwards students were treated to cookies and cocoa!

Pioneer School stayed later and sang Christmas songs for those in attendance, including a special guest, Nick (Santa). Nick congratulated the kids on their performance and then high fived them as the left the building to hop back on their bus to return to school. Check out our Facebook page for more photos and video.