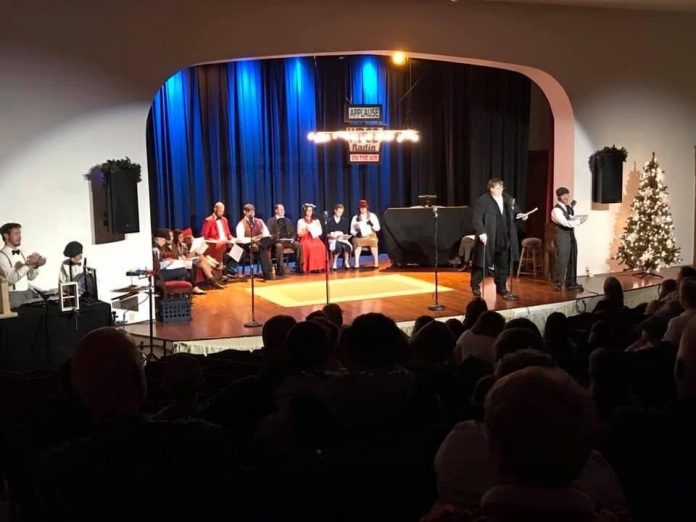 This year Duck Soup Radio Brigade (DSRB) did the radio show, A Christmas Carol. Many amazing people came out and put on the radio show! The actors, walla-walla sound makers and the sound crew, director and engineer. This year’s show was quite amazing just like every other show they’ve put on.

Kenny Story who played Tiny Tim had a little harder time reading and learning his lines compared to the other actors and cast members. Kenny struggles with dyslexia and stepped out of his comfort zone to play this role. He practiced every chance he got to make sure the lines were right and the timing was perfect. Other cast members even stepped in to help him with the harder words and learn how to say his lines with ease. One being Fred Wheeler, who played Bob Cratchit. Fred took Kenny aside during rehearsals and helped him go through lines and understand the meaning behind what he said. Fred was not alone in helping Kenny but was a great influence and helped a ton.

The show wasn’t easy to put on, with covid and other things coming up it seemed like we might not have a show this year. we had the mindset that “the show must go on” and so it did, so many people came to put it together we couldn’t thank the community enough. The cast rehearsed for 6 weeks, and made sure to put their all into every rehearsal. By the end of those 6 long but amazing weeks the night came, and the show was put on December 18th and 19th 2020. There were many laughs, smiles and memories shared. DSRB did an amazing job once again.