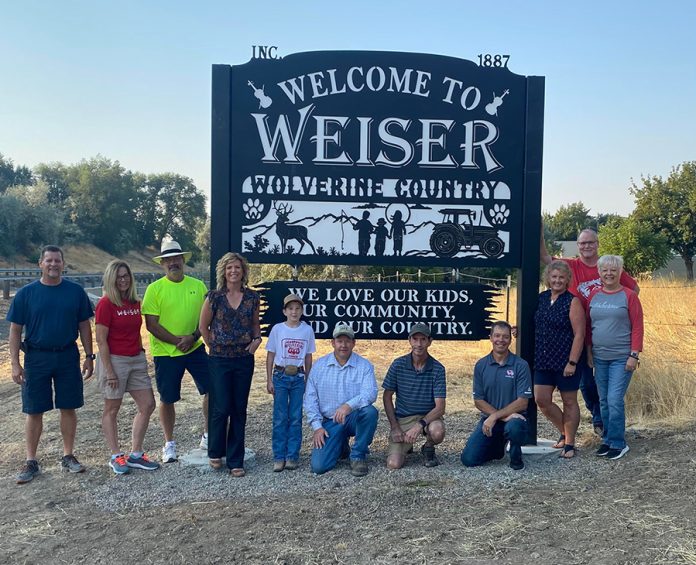 The Weiser Economic Task Force was excited to debut their new city entrance sign. Last year the Task Force held a contest in the community to produce a design for the sign. Over 50 entries were received. The winning design was submitted by Josh Foster, a Weiser resident. Josh is also the owner of Big Creek Metal Works, so he was commissioned to make the sign as well. The new sign encompasses much of what makes our area such a great place to do business and to live. The intention is to replicate the sign on the other two entrances into the city in the future as funds allow. Not pictured: Sherry Young and Mayor Randy Hibberd.