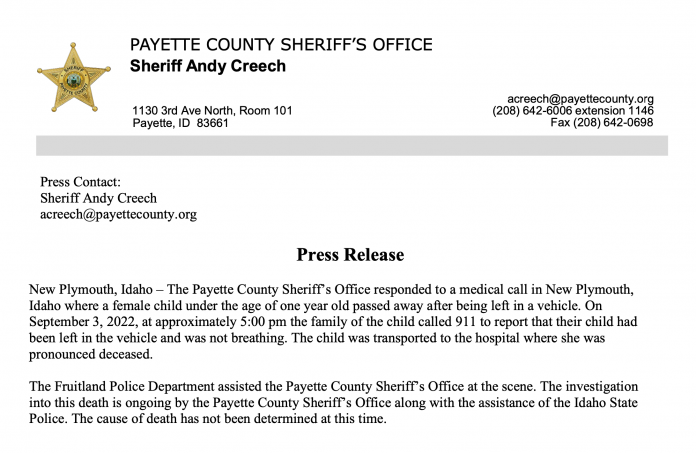 New Plymouth, Idaho – The Payette County Sheriff’s Office responded to a medical call in New Plymouth, Idaho where a female child under the age of one year old passed away after being left in a vehicle. On September 3, 2022, at approximately 5:00 pm the family of the child called 911 to report that their child had been left in the vehicle and was not breathing. The child was transported to the hospital where she was pronounced deceased.