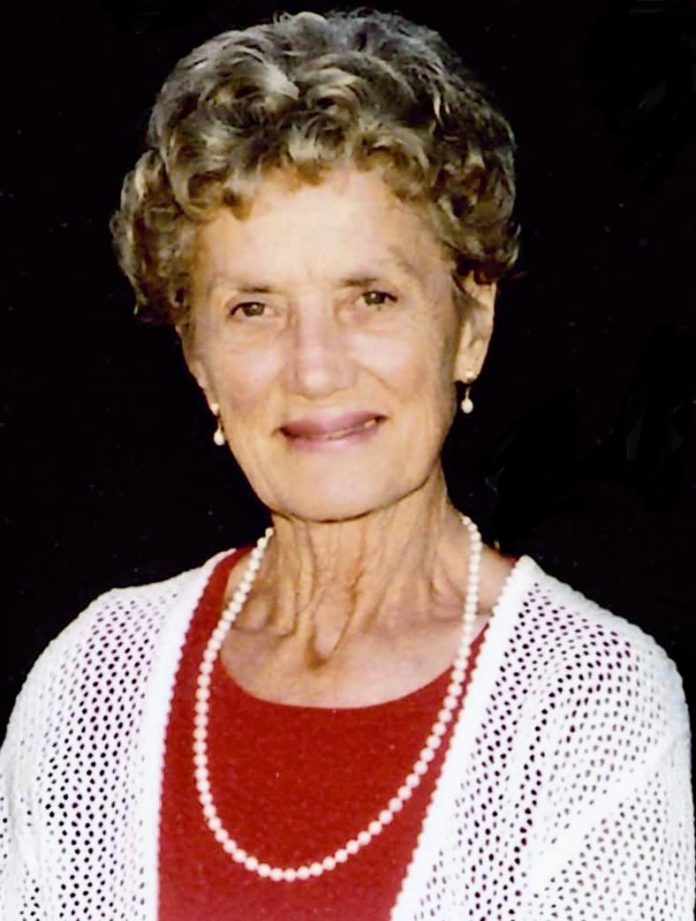 Irene Branch went to be with the Lord on November 12, 2022. She passed away peacefully at the Salubria Center in Cambridge, Idaho with family by her side. She was 91. She lived a full life and was loved greatly by her family and friends. She was born August 7th, 1931 in Weiser, Idaho, to Pryor Abson Legg (App) and Nellie Louise (Waterson) Legg, both native Tennesseans. Irene was a great wife, mother, grandmother, great grandmother and was a true friend to all that knew her.

When Irene was a young girl, she lived on a Weiser Flat farm. In 1938 her parents moved the family to a ranch near Cambridge. She loved and respected her parents deeply and referred to them as mom and daddy. She grew up a “ranch girl” and attended Cambridge High School where she excelled in academics and athletics. She played shortstop on the softball team and was an exceptional basketball player. She often talked about how hard she and her basketball teammates competed. She first met her future husband, Weldon Branch, as a freshman in high school. Their first kiss was after a ride home from the local fair. They continued to have an affection for each other during their high school years. In 1950 she attended Lewiston Normal College where she graduated with a teaching degree in just 3 years. Irene and Weldon continued dating during their college years and attended dances at Lewiston Normal and boxing matches at the University of Idaho together, among other activities. After graduating from college, she took a teaching job in Cottage Grove, Oregon where she taught 2nd grade. Irene and Weldon were married on September 12, 1953.

She spent her first 18 years of marriage on the Bonner place in Midvale where ranch and family life started. She taught school at Midvale where she was beloved by her students. She was also a committed ranch wife and mother. In 1969, she and Weldon bought the Anderson place on North Crane Creek and in 1971 moved the family to what is now the Branch Keyhole Ranch, where Weldon resides to this day. She was known for her relentless work. She planted and tended to large gardens, lawns and flower beds. She was the quintessential “green thumb”. She also canned fruit and raised chickens. She was often referred to as the “chicken lady” of Crane Creek. She enjoyed supporting her children and grandchildren in school and sports. She always expected and encouraged her family to win, not just participate. She rarely missed a game and was always a lively fan.

Her commitment to her husband and the ranch were relentless and unparalleled. She gave up her teaching career to become a full-time ranch wife and mom. She was married and ranched for nearly 70 years! She was never outworked and was always the very best at doctoring and grafting baby calves. Irene created a herd of 60 sheep from “bum lambs.” She always loved and cared for her dogs and cats. She was also well known for preparing meals enjoyed by hay crews and hired help. She simply enjoyed seeing her husband, children, grandchildren, hired help and strangers eat a home cooked meal! Holiday and Sunday dinners were always large meals. Family was extremely important to her, and she loved having her children and grandchildren visit. Her wit and sense of humor were contagious. With her busy ranch life, she never missed a birthday or anniversary. She enjoyed weekly visits to the beauty parlor up until her passing. She was simply a beautiful person, one of a kind and will be greatly missed by our family and the community.

Services are planned for Monday November 21, 2022 at the Exhibit Hall in Cambridge, Idaho. There will be a viewing at the Exhibit Hall from Noon to 1pm. Services start at 1pm to be followed by a lunch and a graveside service at the Eastside Cemetery in Midvale, Idaho. Everyone is welcome to come celebrate Irene’s life. Memorial donations can be made to the Salubria Center in Cambridge, Idaho.