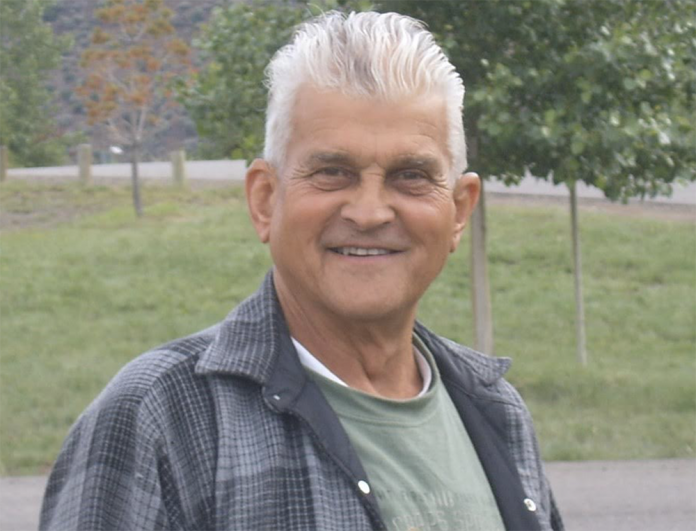 Arthur Kenneth Butts, 84 of Weiser, Idaho passed away on October 28, 2021, after a battle with Alzheimer’s disease.

Arthur was born on August 14, 1937, to Kenneth and Dorothy Butts of Healdsburg, California. After graduating from Healdsburg High School, he went on to study at the College of Agriculture at California Polytechnic State University at San Luis Obispo, California. After two years of college, he returned home to take over his grandfather’s business which was the Butts Nursery. There he raised and sold fruit and nut trees. In between that he worked on the family ranch where they raised livestock, had prune and peach trees, and had a large vineyard. He also served in the Army National Guard of California from 1956 – 1963.

In 1966 Dad and Mom moved to Idaho and purchased a ranch on Manns Creek, just north of Weiser, Idaho. Later moving on to purchase the Cove Ranch in Cambridge, Idaho where he spent much labor converting the ranch from dryland farming to irrigated crop land. All of us kids attended schools in Cambridge and beyond school he made sure his kids had everything from hay bales to sprinkler pipe, to hunting, fishing, and camping trips. You didn’t get one without the other, it was a package deal. When the ranch was sold Dad and Mom later purchased the Alpine Store and mobile butchering in Indian Valley, Idaho. They ran these businesses for 7 years. One last ranch purchase was at Pollock, Idaho on the Little Salmon River where they remained for about 15 years. They finally moved to a small acreage on Hill Road out of Weiser, Idaho where they maintained a large garden and had more time to travel, do some clamming, fishing, hunting, and hot springs trips.

Arthur was a force of nature for Idaho agriculture, he loved the dirt and was very passionate for growing things, including his family. Anyone that knew him, knew he was a loving father and husband. His favorite song for Mom was “You are My Sunshine”.

He was preceded in death by his parents, Kenneth and Dorothy Butts, and one sister, Shirley Ann Laursen of Boise, ID.

In lieu of flowers, donations may be made to the Idaho Youth Ranch. All family and friends are invited to a graveside funeral service at the Salubria Cemetery in Cambridge on Saturday, November 6th at 10:00 a.m. Everyone is invited to a luncheon afterwards at the Cambridge-Midvale Senior Center in Cambridge.