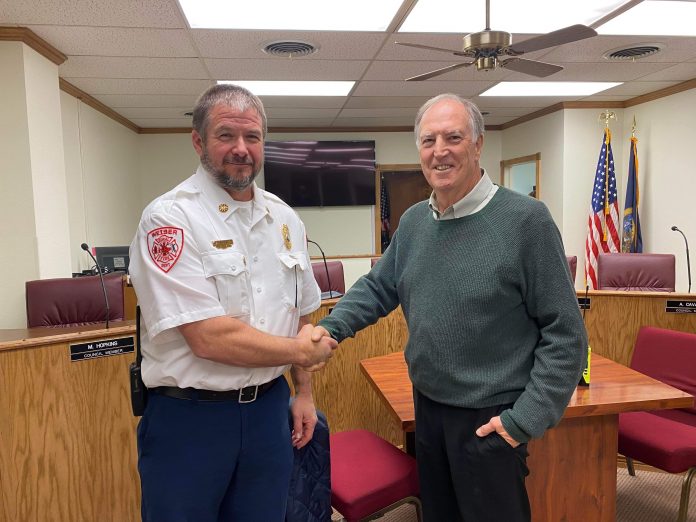 The Weiser City Council met on Wednesday evening, December 15th, 2021, to vote and announce the decision.  Chief Atwood will be overseeing both fire departments. Atwood will replace Kerry Nyce, who announced his retirement on November 5th.  Former Fire Chief Kerry Nyce retired last month after over 41 years of service in the firefighter/paramedic field, serving 12 and a half years as Weiser City Fire Chief.

Chief Atwood spoke to us about the pronouncement and shared that he is excited to accept the position of fire chief and embrace the opportunity to make a few changes.  When asked what his plans are for the future of the Weiser City Fire Department and the Rural Fire Department, Chief Atwood remarked that he is optimistic about enhancing the delivery of emergency services by increasing the efficiency and collaboration of the two departments.  The new fire chief brings a motivated energy to the departments as he takes on this new role.

He plans to work on productivity and effectiveness of both departments with his extensive experience in management.  Chief Atwood stated that he hopes to bring the two departments together to work on cultivating positive professional relationships, improving service, and bring a fresh dynamic to the departments.  While the fire departments will remain two separate entities, Chief Atwood is confident that he can lead each department in a more progressive direction, with the employees and volunteers on board.