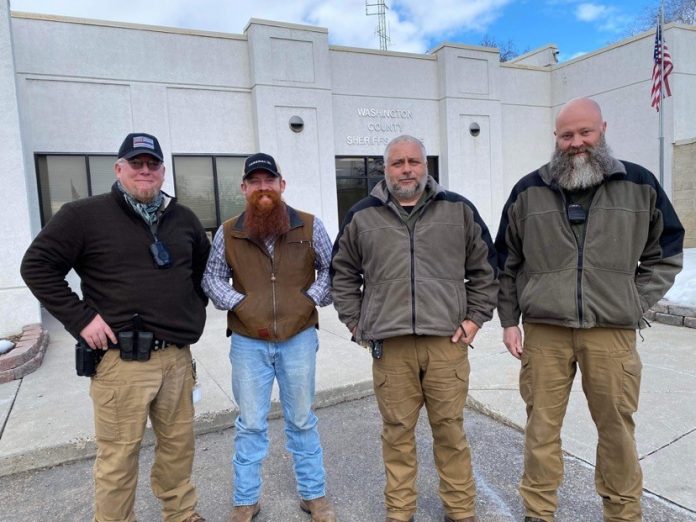 Cody Strong is officially retiring from law enforcement February 4th, 2022, after 26 years.  For the past 11 years, Strong has served Washington County, Idaho as Chief Deputy for the Washington County Sheriff’s Office.  His career began 26 years ago as a patrolman for the Weiser Police Department.  Strong shared that his father was Chief of police in Weiser for several years, which sparked his interest and was ultimately the reason why he decided to pursue a career in law enforcement.

One of the most rewarding experiences Chief Deputy Strong had in his 26 years was having the position of SRO (School Resource Officer) for the Weiser City Police Department, which he said he really enjoyed.  As an SRO, Strong was responsible for working with school faculty ensuring the safety of the school, students, and administration.

Sheriff Thomas made a statement on social media recently saying, “We are excited for Cody to begin this new chapter in his life, but are sad to see him go.”  Strong has been an asset to the Sheriff’s office for many years.  “His professionalism, dedication, and respect to this office will be missed.  On behalf of Washington County, and the entire sheriff’s office, we wish Cody a happy and fulfilling retirement,”  Sheriff Thomas stated.

Now that he is retiring, Strong plans to move to Missouri with his wife, Suzanne, and raise cows on a family ranch.  The citizens of Washington County are appreciative of Strong’s hard work and dedicated service.  He will be missed.