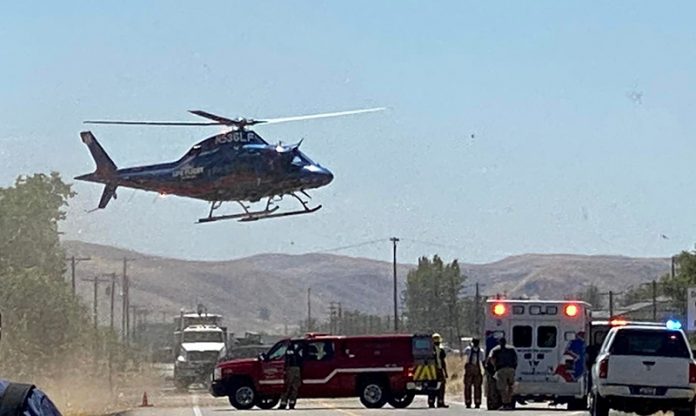 The next of kin have been notified that the female drive Jean M. Hawk has passed away due to injuries sustained during this accident.

There was a serious Rollover Accident On Highway 95 South Of Weiser.Just a few minutes before noon, (7/21/22), a single vehicle accident happened just South of Sunnyside Road. It seem that the driver hit the shoulder of the road and over corrected. The driver sustained serious injuries after being ejected from her vehicle and was Life Flighted.

The accident is still under investigation.