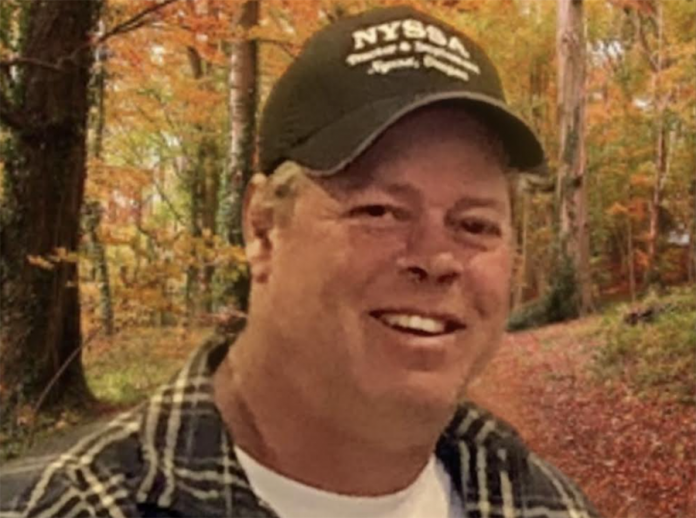 On Sunday, October 30, 2022, Jason H. Mink, passed away suddenly at the age of 52.
Jason was born July 28, 1970 in Boise, Idaho and grew up with his six brothers on the Mink’s Pine Creek Ranch.  Jason graduated from Cambridge High School in 1988 and went to work for Anderson Paving in Bellevue, ID, and drove long haul for Caterpillar out of Spokane, beginning his lifelong talent for operating heavy equipment. Jason was a hard worker, was known for his innovative ideas, and could operate and fix any machine.
Jason would welcome a son, Steven, with Rebecca Main in 1990. After several years, Jason returned to Cambridge, where he and Steven would make their home and Jason would join his dad, uncle and cousins on the family ranch.
His life would forever be changed when he eventually met the love of his life, Deb Henderson. Jason and Deb would marry on May 28, 2013. Along with ranching, together they developed Summers Quarry in 2014, fulfilling his vision to provide a much-needed resource for the community, which grew to be a resource for the treasure valley. He was so proud of this venture, his dump trucks and one special truck he named Miss Debbie.
Jason loved his UTV rides with his family and friends. Especially his nieces and nephews. We will miss his UTV guidance, his sarcasm, humor, and kindness. Jason was selfless, a bit stubborn, and a kid at heart. His laughter and stories will be missed at his favorite place, the Mink campground, where he entertained everyone around him (whether he meant to or not). We will miss him making sure the family sledding hill was groomed just right and his huckleberry pancakes. We will miss our best friend Jason.
Jason is survived by his wife, Deb; his son, Steven (Jordyn) Mink; his parents, Roy & Linda; brothers & sisters, Rob Blazier, Nate (Nicol), Chad (Corrina), Taylor (Tanya), Tanner, Aaron (Mariah); Saysha (Ray) Pirozzolo, Heather Blazier; step-children, Heather (Jeremy) Stines, Lindsay & Jerad and many loved nieces, nephews, aunts, uncles, cousins and friends.