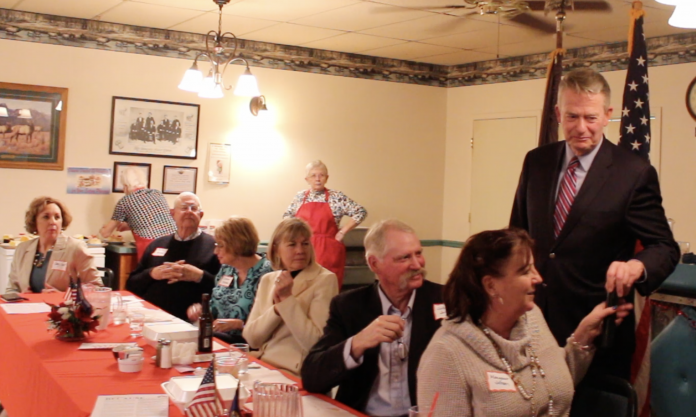 Sanctuary status and the Second Amendment will be the topic of discussion at the 2021 Washington County Republican Central Committee’s Lincoln Day banquet.

The banquet is scheduled for 6 p.m. on June 4 at the Weiser Elks Lodge located at 38 W. Idaho St. in Weiser. Discussions this year will focus on the Second Amendment and whether there is a need for individual states, counties and cities to declare sanctuary status.

“We are going to focus on the issue of sanctuary states and what that means coming from the national perspective and what the Biden administration is doing with its executive orders when it come to gun rights,” said Margaret Jensen who serves as a precinct committeewoman, along with husband John who is the Washington County Republican Central Committee’s chairman.

Idaho Attorney General Lawrence G. Wasden is scheduled to kick off the discussion with a perspective from the national and state levels, followed by Washington County Sheriff Matt Thomas, Adams County Sheriff Ryan Zollman and Payette County Sheriff Andy Creech who will discuss how it affects citizens at the local level.

Municipalities across the nation are becoming Second Amendment sanctuaries in response to what many perceive as an assault on gun rights under President Joe Biden’s administration.

Although citizens have the right to bare arms under the Constitution, lawmakers have the power to affect the flow of ammunition sales, which has created high demand, low availability and consternation among gun owners.

The question at hand, however, is whether sanctuary status provides any further protection above and beyond the Second Amendment.

“There are all kinds of questions about these sanctuary cities, counties and states and what that means,” Jensen said. “Lawrence Wasden and the sheriffs will speak and answer questions about that and what it means for our gun rights.”

The Idaho state legislature took action aimed at protecting gun rights in 2014 during the Obama administration when it passed the Second Amendment Protection Act. Sponsored by Sen. Steve Vick (R-Dalton Gardens) and Rep. Jason Monks (R Meridian) in the House, the bill, SB1332, passed both chambers by a vote of 68-0 in the House and 34-0 in the Senate, making Idaho a Second Amendment sanctuary state.

Jensen became interested in the issue of sanctuary status when she learned Washington County wanted to become a sanctuary county.

“When I asked Lawrence Wasden about it, he said the Second Amendment already protects our rights,” she said. “Cities across Idaho are trying to become sanctuary cities and the question is whether we really need to do that. That question will be addressed at the banquet.” She added, “There are a lot of gun owners in our state, in our county, and everyone is in a frenzy right now, thinking Biden is going to come and take all our guns away – well, he can’t.”

Tickets for the banquet are $45, attendees also are given the opportunity to buy raffle tickets – at $20 each or six for $100 – for the chance to win one of three firearms that include an SAR 9mm hand gun, a Ruger AR15 assault rifle and a Tac-79 launcher.