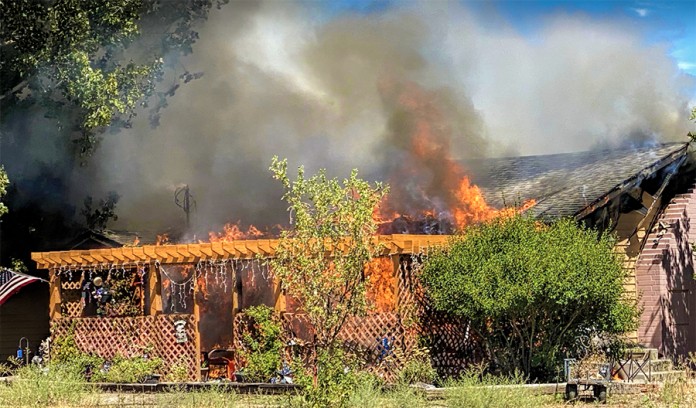 Weiser Fire District firefighters responded to the report of a house on fire on Monroe Creek, North of Weiser. The fire was reported at about 2:30 Friday afternoon. Firefighters arrived to find a home heavily involved in fire. Neighbors and Washington County Sheriffs Deputies were able to rescue two dogs in the house and determine that the occupants were not at home at the time of the fire. Mutual Aid resources were called from Midvale, Payette, Fruitland and Ontario Fire departments as well as medical assistance from Washington County Paramedics. Fire crews were able to contain the fire to the home. However, the home was heavily damaged. Two Firefighters were treated for heat-related injuries. One civilian was treated for smoke inhalation. The cause of the fire is under investigation. (8/5/2022)