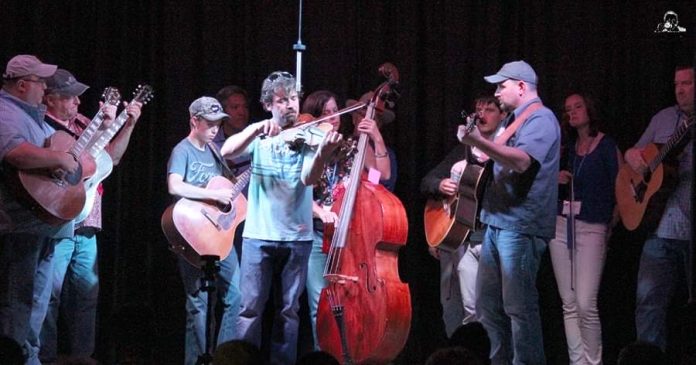 On behalf of Governor Brad Little and First Lady Teresa Little, we are excited to announce an award for our very own National Oldtime Fiddlers’ Festival for their excellence at folk and traditional arts of Idaho!  The 2022 Governor’s Awards in the Arts is a program that supports and promotes art awareness.

In June of 2022, the award nominations opened for the Governor’s Awards and the public was encouraged to nominate Idaho residents, businesses, organizations, or communities that stimulate and support awareness of the arts throughout Idaho. Nominations had to include a description of why the nominee merits the award and provide supporting materials as examples of the art.  With nominations due by July 15th, the Art Commissioners then reviewed the nominations and made recommendations to the Governor.  Governor Little made the final decision on who received the awards for each category.

The awards ceremony will be presided over personally by the Governor and First Lady at the Idaho State Historical Museum on Monday, November 28, 2022.

It takes an army to keep this tradition alive.  If you are interested in joining the incredible volunteer tribe to help make the next annual event thrive, please get in touch with the organizers http://www.fiddlecontest.org

To view all of the 2022 awardees for the Governor’s Awards in the Arts, go to http://www.arts.idaho.gov