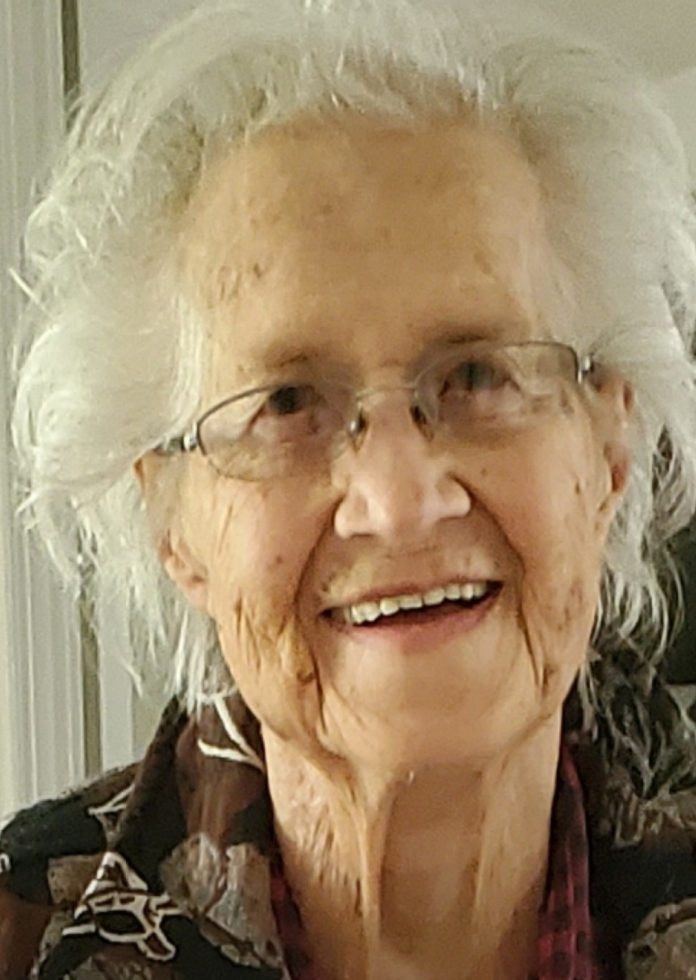 Cherstie “Merle” Hale Boles was born April 15, 1925, in Millville, UT to LaGrande Sheldon Hale and Cherstie Elizabeth Monson. She passed away on October 30, 2022 at the age of 97 at New Plymouth, ID. She was a resident of Weiser, ID for 75 years.

Merle met her forever sweetheart when Harold was serving in the army during WWII. They were married January 9, 1945, after two years of letter writing. They had 73 years together before Harold passed at age 99. Their loving relationship was an example to all who knew them. They are most often remembered for always holding hands.

Merle never shied away from hard work. She had many part time jobs to help with the family finances. She worked for friends in the cherry harvest, was a Tupperware Lady, an Avon Lady, did grocery store demos, did USDA surveys, and drove pilot car for her brother “Lou” Hale. She and Harold had a cherry orchard in the early years. They raised gardens and fruit trees, then canned, dried and froze their produce. They built two homes together with their own four hands.

Merle made wedding cakes, other special occasion cakes, and decorated cookies for over 65 years. She painted beautiful, award-winning landscapes. Merle was a founding member of the Four County Art Guild and served as President for several years. She took photos of local sights and of her own paintings and made greeting cards. She built clocks and wooden stools and decorated them with rosemaling.

She was preceded in death by her parents, her siblings, Carole Jones, LaVoir “Lou” Hale, and Lonnie Hale; beloved children, Howard, Caroline, Marlan and Gene. She is survived by her children Shirley and Robert Peterson and Glenn and Brenda Boles, grandchildren Mic, Loni Jean, Monty, Ashley, Monica, Janine, Lance, Kayla, Jeremy, Jeffrey, Ryan, Shane, Tasha, Darin, Mikayla, Kali, Brenna, Jessi, 30 great-grandchildren, 10 great-great grandchildren, and numerous nieces, nephews and cousins.  Harold and Merle have had many others who called them grandpa and grandma whom they thought of and loved as their own.

We wish to express our love and gratitude to Brenda, who bore the greatest portion of care for Mother as her health deteriorated in the final months of her life.

Funeral services will be held at the Weiser LDS church on Monday, November 7, 2022 at 11 a.m. (viewing at 10 a.m.). A brief graveside service will follow at Hillcrest Cemetery.