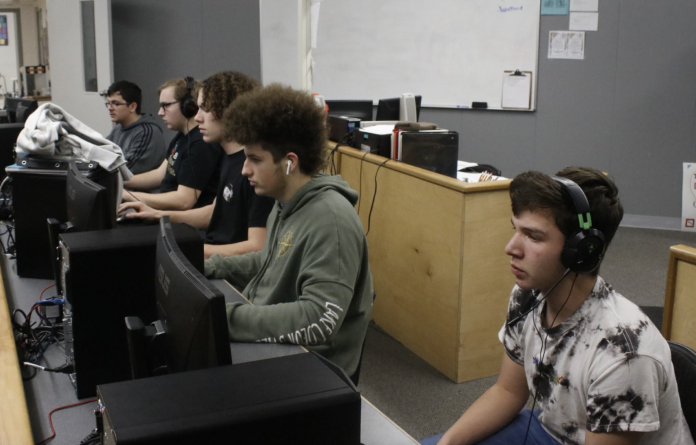 Payette High School has recently created a new club for students. The club is a brand new Esports Club, which is essentially competitive video games. They are getting ready to kick off the Spring Major Season. This club is a major move for Payette High School on its mission to get more students to participate in clubs, activities and sports.

The Payette Pirates Esports Club is a new club started by Cody Smithies and Jesse Saunders. The main purpose of this club is to increase participation, grades, gain more teamwork amongst the student body. The Payette Pirates Esports is participating in the High School Esports League, which includes over 3,000 schools all over the nation, including 20 schools in Idaho.

The High School Esports League provides schools with a Fall Major and a Spring Major Season. 8 Weeks of playing, including Play-Offs, Finals, and a National Championship in Arlington, Texas. This a great opportunity for team players to earn scholarship funding.

“Recently, we held tryouts for our Varsity Apex Legends Team. We have a complete team with two substitutes.” says Cody Smithies, Founder of Payette Pirates Esports. “We are holding tryouts here soon for Call of Duty, Rocket League, Overwatch, and possibly Fortnite.

The club will be looking into “Tournament Weekends” and a “Call of Duty Summer League” which would involve students from other schools representing the school they attend.

Our Spring Major Season starts February 18th with our Varsity Call of Duty Team playing every Friday through April 8th.