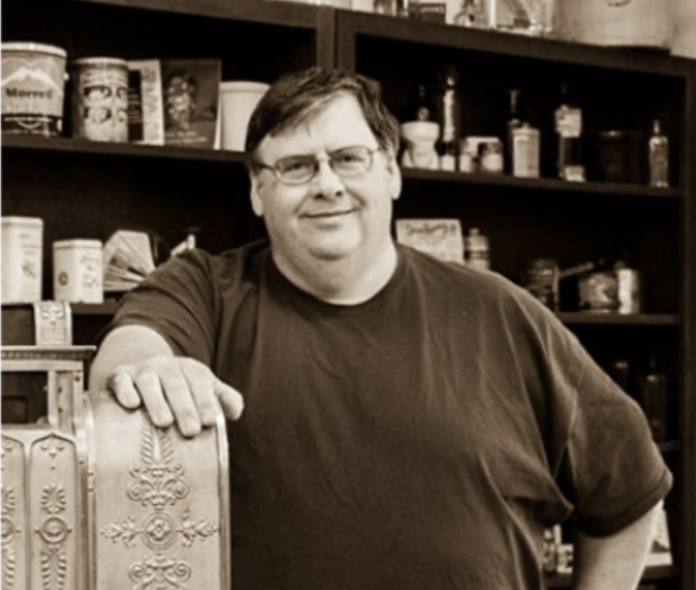 Wade Curtis Higgins, 52, of Weiser ID passed away unexpectedly Friday, June 24, 2022 during the course of his Weiser Week routine. There will be a memorial service at the Snake River Heritage Center auditorium at 3:00 pm, Sunday, July 17 – followed by continued celebration of life and sharing on the museum lawn. Address: 2295 Paddock Ave, Weiser (central building, with the clock tower). Any who want to share something during the memorial service should contact the family. All are welcome to attend.

Wade was born November 8, 1969 to Wesley C and Lavinia (Stewart) Higgins at their home near Marsing, ID. He joined older sister Tracy, and three years later they were joined by sister Susan.

In 1975 his parents purchased a small farm near Weiser. The first order of business was for Wade and Tracy to help their Dad build a tree house in the large locust tree by the back door. Many fun times were had in that tree house with sisters and cousins – and eventually by their children.

The family was given a flock of Suffolk sheep, for which Wade was responsible. He joined the Echo Dell 4H club and picked a lamb to raise and show as a breeding ewe. He showed Bo-Peep for several years and concluded by earning Reserve Champion Breeding Ewe.

In high school Wade was in band and played trumpet in Jazz Band. He taught himself guitar and played bass guitar in the band. He started writing songs as a teen, winning a Farm Bureau song writing contest. He has written many over the years – and leaves many meaningful and beautiful worship songs used by the Celebration Church of God.

Wade was accepted to Ambassador College, so following High School he sold his sheep, took the money and headed to Big Sandy, TX – with $750, a letter from the Ambassador Financial Aid director, and a 1-way ticket – to start the next chapter of his life.

At Ambassador Wade had many jobs both on and off campus – ultimately working at the Stables (Equestrian Center) and training horses on the side. He also became part of the band for The Young Ambassadors musical group. He graduated in 1992 with a double major in Management Information Systems and Theology.

While at Ambassador he also met a young woman from Ohio – Diane Gayman – who would become his wife. Wade and Diane celebrated their 30 th wedding anniversary June 21, 2022. They are blessed with three beautiful daughters: his firstborn Kaitlyn (29), Songbird Christy “CJ” (27), and his Dreamer RoseMarie “Rosy” (19).

Over the years Wade has worked with his father in his cabinet shop – Country Cabinets, drove school bus for Weiser School District, done some farming and haying, become involved with the Gideons International, served as the museum Weiser Week/Fiddle Week coordinator for the past 15 years, was a substitute teacher for Midvale School, and most recently served as a Tax Pro at H&R Block.

Wade was active in his church – from participating in children’s choir and youth group, to speaking and serving as worship leader.

He could at times be heard to grumble and would often show up late – but he could always be counted on, regardless of the call or need.

He will be greatly missed.

Wade leaves behind his wife and daughters, his parents Wesley and Lavinia Higgins, his sister Tracy and Sam McClary and nieces Shawn and Sydney, sister Susan Bradley and niece and nephew Emma and Noah, and niece Chelsea Gannon, as well as numerous other extended family and friends.