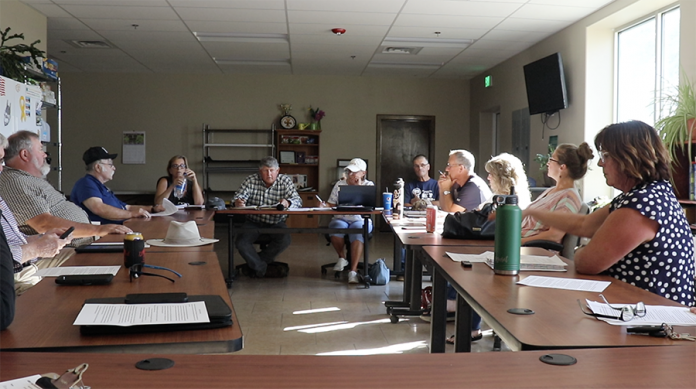 Be it resolved that the Executive Committee of the Washington County Republican Central Committee hereby formally censures Precinct Committeewoman Margaret Jensen for reasons as stated herein:

A formal complaint was made against Ms. Jensen by Sean Alix, ConservativesOf Washington County Leadership, stating:

“Mrs. Jensen’s statements and accusations against Mr. Chandler and our grassroots group are defaming and slanderous,”

“As Mrs. Jensen is a representative of Washington Central Committee and a Republican Committeeman, Mrs. Jensen’s public County statements are unprofessional as well as blatantly false.”

For these reasons and because of Ms. Jensen’s prior actions, her behavior at the Reorganization Meeting on May 18, 2022, dropping the “F” bomb in a public meeting with children present; her behavior as outgoing secretary, refusing to provide any past correspondence, any sign-in-sheets, past minutes other than April and May, and other documents and materials pertaining to her role as secretary, and responding to Chairman Chandler’s email request for such documents by saying “Get it from the 7 people who voted against me,” the following ruling has been made:

Therefore it is the Resolution of Censure by the Executive Committee of the Washington County Republican Central Committee that Ms. Jensen be removed from any subcommittees she is currently on and she will not be a member of any subcommittees in the future, and that she will not be allowed to speak unless recognized by the Chair at any future WCRCC meetings for the remainder of her term.

This Resolution of Censure will be published in online and print media in Washington, Adams, Bonneville and Kootenai counties.