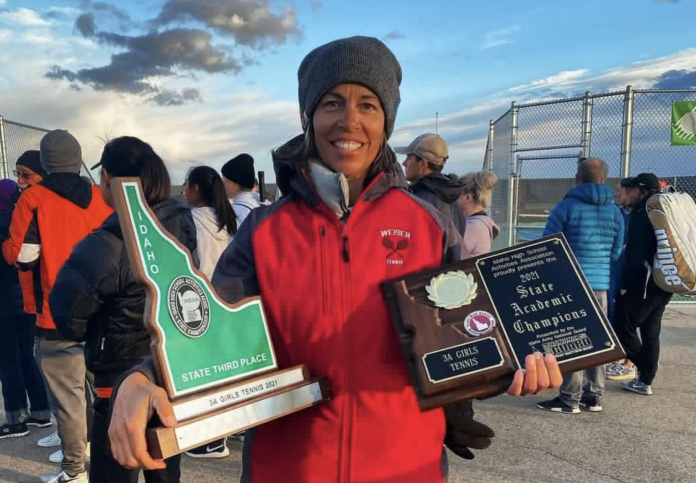 The girls team also won the academic state championship with an average GPA of every girls team member of 3.915!!! Not only are they smart, they are great players too, bringing home an overall State 3A 3rd place finish!

All the players and assistant coaches are really going to miss Angie next year! Angie has tirelessly worked over the years for the Weiser Tennis program. From leading the efforts to resurface the courts, to teaching the kids how to be gracious competitors, Angie is leaving the program in a better state than when she started!

If you see Angie around town, congratulate her for this year’s hardware and give her a hug for everything she has done for our kids!