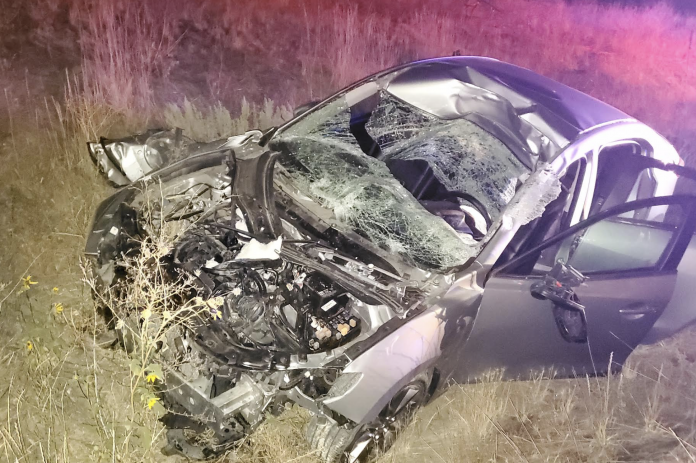 On the Monday August 23rd at approximately 5:20 AM there was a vehicle accident on Highway 95 just south of the rest stop. The Vehicle reportedly hit a bull elk. The driver seemed to have minor injuries only but the vehicle had sustained extensive damage and the elk did not survive the hit.
The driver was heading South bound on his way to work and the elk walked out in front of him in the dark and he couldn’t avoid it.
Midvale ambulance did not transport the driver. Also on scene was Midvale Fire Department and Washington County Sheriff’s Department.