Do You Still Question the Accuracy of Idaho’s Election? 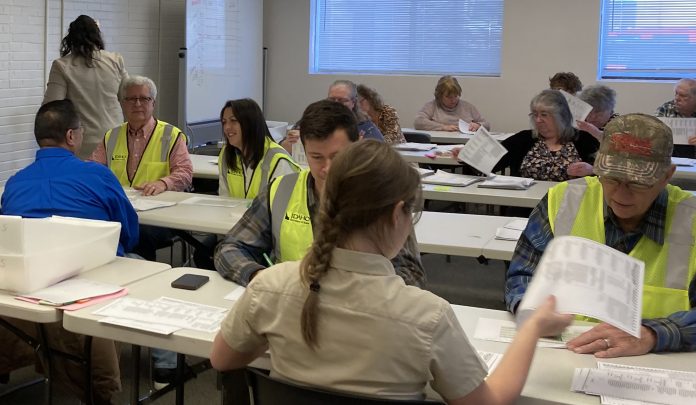 A first-hand report on the accuracy of Idaho’s election process by Bob Barber.

During the past two year’s continual national obsession regarding election correctness has created questions about how Idaho handles our elections. Like hundreds of volunteers statewide, my wife and I have worked election day polling in Weiser. We consider this effort as one of the responsibilities of citizenship in our great state. We both continue to be proud of how Washington county and the selected poll workers take their responsibility to insure accurate elections.

Until this year, Idaho was one of the few states that did not conduct post-election audits. However, the Idaho 2022 Legislature passed legislation to require the Secretary of State to conduct post- election audits for all general and primary elections. These audits cover Election Day, early, and absentee ballots of eight randomly selected counties. The audit process is open to the news media. The designated precinct ballots are hand counted by teams consisting of at least one Secretary of State employee, and a minimum of two additional audit representatives, one each from the two largest political parties in the state.

I had the honor of participating in this year’s statewide post-election audit process. It was obvious that each of the three counties that my team audited take their election responsibilities seriously. The recent election ballots from each of their respective precincts were sealed and securely stored under the control of the county sheriff. Upon our team’s arrival, the Sheriff unlocked the storage area and transferred custody to the selected county employees and our audit team. Throughout the audit, the voted ballots, unvoted ballots, and all supportive documents were kept securely under our collective control.

While each of the respective county officials are confident of their election results, there is still the anxious feelings that come with any review. What a joint relief when we announced that our thorough audit resulted in 100% verification of their accounting and reporting.

All citizens must be confident in our elections that determine who represent us in our government, at all levels.  Those same elected officials have the responsibility to ensure that all elections within their jurisdiction are fair and properly run. In this age of misinformation rapidly dispersed through social media, it is the responsibility of all of us to hold our elected officials accountable to their constituents.

Idaho’s election process works well. If uncertainty about whether your vote is properly counted keeps you from voting, be assured that our state takes this responsibility very seriously. So, vote. That is our responsibility.

There were eight counties in Idaho chosen at random for the audit. Barber and the team he was on were assigned to Minidoka, Kootenai, and Bonner. Donna Atwood shared her thoughts, “The Washington County Clerk’s office works very hard to ensure that the elections are ran efficiently and accurately. This could not happen without the help of our dedicated poll workers. Thank you to Bob Barber for volunteering to be a part of the Post-election audit! My staff and I are very appreciative of his interest in the election process in Idaho.”

Voter turnout for the 2022 General Election in Washington County was 65.1%. Statewide, voter turnout was 56.8%.