Everyone Is Wondering: What’s the New Building on Hwy 95 in Weiser? 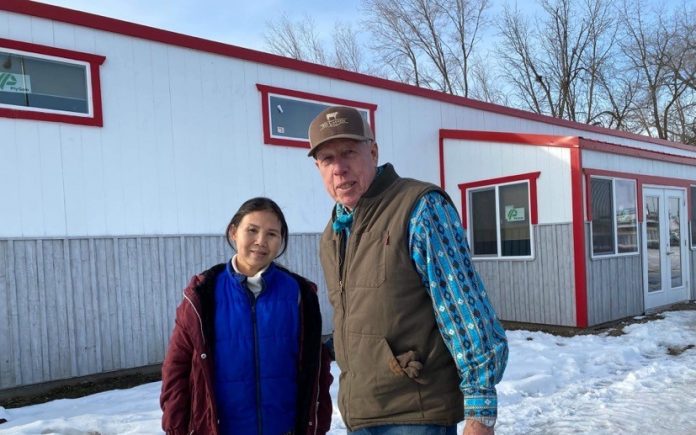 If you’ve ever travelled north through Riggins, Idaho, you have likely noticed a big fruit stand on the side of the road with signs advertising huckleberries, blackberries, pies, and more.  Owner Jim Rupp and his wife Moiewen operate this quaint small town store called Fiddle Creek Hardware LLC.  Born and raised in Payette, Idaho, Jim has lived more than 40 years in Riggins and loves the area.

Interested in the piece of property in Weiser along Hwy 95, Jim thought it would make a great location to build another store.  “It’s been a slow process but it’s coming along,” he shared.  Folks have noticed the construction of the building happening for a while now and Jim commented that it is about 90% finished.  He is still working on getting the refrigeration system installed and a few other things completed.  He anticipates opening the doors in a couple of months.

While the plan for the building has yet to be fully finalized, Jim shared that they will definitely be carrying huckleberries and blackberries which his wife picks every season.  The store will also carry a variety of nuts, which they grow themselves.  Pecans, almonds, pistachios, and almonds are among the delicious foods they grow.  They also have a variety of fruit trees and vegetables that provide the produce they sell in store.  Jim also shared that they will have homemade pies, canned items like pickles and other unique food items.

A lot of their produce will come from the Riggins area, but Jim shared that they might also buy from local farms as well.  They strive to provide farm-fresh foods to meet the needs of the community.  Jim also hopes to offer an area for a small feed store as well.  He’s excited to get the store up and running.  As they get closer to opening, Jim stated that he will keep us updated on the new location in Weiser!  Name, grand opening date, and phone number of the new location will be announced at a later date.