Scout Recognition at the Lions Club 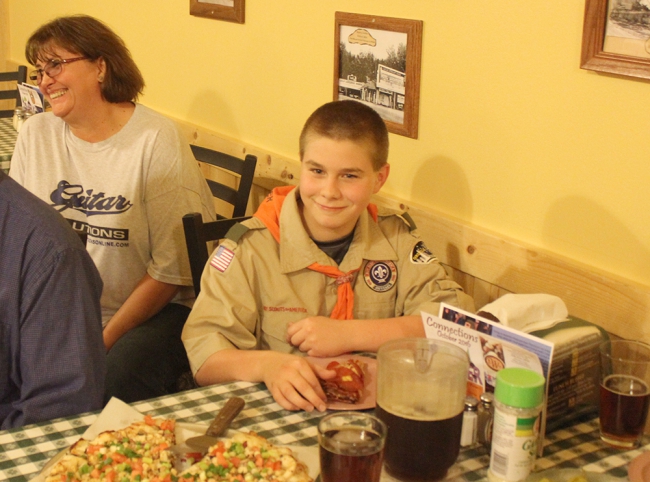 Recently, the Weiser Lions Club recognized a young man for his hard-work and dedication to the community. Bryan Bottomley, a Boy Scout from Weiser’s Troop 350, received a Weiser Wolverines t-shirt as a small token of their gratitude for his time spent working at the concession stand during the high school football games. According to Scout Master John Stewart, Bryan was not the only one honored. The Lion’s Club also would like to thank all of the hard-work and dedication by the entire Troop and their parents by working the concession stand and the

clean-up involved after games. The Lions Club is the sponsor of Troop 350, and the concession stand is just one of the many fund raisers that they participate in. To date, Bryan has volunteered over 20 hours of his time to the concession stand and clean-up during the football games. John himself has been involved in the Boy Scouts since his own 14 year old son became a Boy Scout and is now a Patrol Leader. John became a Scout Master two years ago and has enjoyed being involved with the troop and the events they participate in.