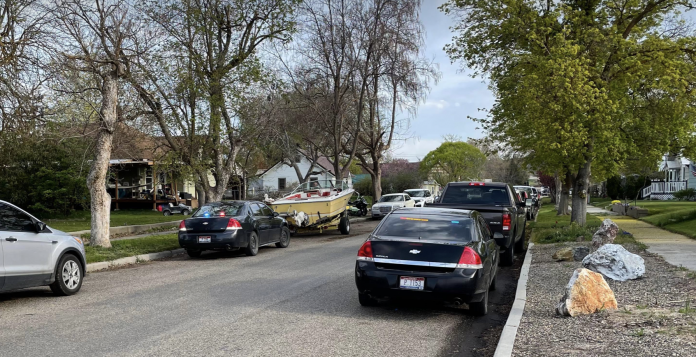 From the United States Attorney’s Office

Two Men Indicted in Multi-State Conspiracy to Distribute MethamphetamineTwo men, working together across the Oregon and Idaho border were indicted on federal charges on Tuesday April 26, 2022.

According to court records, Daniel DeLafuente Sosa III, 39, of Ontario, Oregon, and Nicholas Franklin Perkins, 37, of Weiser, Idaho, were charged with conspiring to distribute methamphetamine and fentanyl between February 23, 2022, and April 26, 2022.

If convicted, they each face a sentence of at least five and up to 40 years in federal prison; a fine of up to $5,000,000.00; and a period of supervised release of at least four years.

This case is being prosecuted by the Special Assistant United States Attorney hired by the Ada County Prosecuting Attorney’s Office with funds provided by the High Intensity Drug Trafficking Areas (HIDTA) program. HIDTA is part of the Office of National Drug Control Policy (ONDCP) created by Congress with the Anti-Drug Abuse Act of 1988. It provides assistance to federal, state, and local law enforcement agencies operating in areas determined to be critical drug-trafficking regions of the United States. Idaho is part of the Oregon-Idaho HIDTA. The Idaho HIDTA is a collaboration of local, multi-jurisdictional law enforcement drug task forces, and prosecuting agencies dedicated to addressing regional drug trafficking organizations that operate in Ada, Canyon, Bannock, Kootenai, and Malheur Counties.

An indictment is merely an allegation, and the defendant is presumed innocent unless and until proven guilty beyond a reasonable doubt in a court of law.