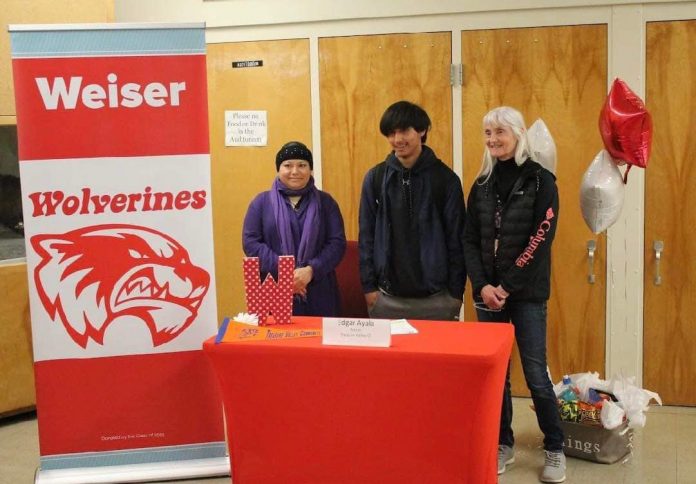 Tuesday, April 26th, Edgar Ayala Torres signs to play soccer for TVCC in the fall of 2022.Edgar is 18 years old and will be graduating this upcoming May from Weiser High School. With a total of 7 siblings and while living in Weiser for a good portion of his life time, Edgar has devoted himself to playing soccer.

Playing soccer started at the age of 4 for Edgar. Starting at a young age, Edgar began watching others playing the game, and with this Edgar fell in love with the sport at first sight. His love for soccer grew as he began to play soccer instead of watching others. Edgar has been playing for 15 years and has played 4 of those year for the WHS Boys Soccer Team.

Playing on The Boys Soccer Team has given Edgar great opportunities for new dreams he wishes to achieve. One dream being to play for more advance levels of soccer after he is finished with 2 seasons for TVCC.Edgar Ayala Torres would first like to WHS for letting him play all 4 years of high school. Edgar would also like to thank his coaches for never giving up on him and always giving him the opportunity to show what he was made to do in the field.

Lastly, Edgar would like to personally say; “I personally think that for an athlete the most important thing is knowing that you have your coaches and teammates trust, so that gave me the confidence I needed to keep playing and enjoy each season.” WHS is beyond thankful for the wonderful wolverine athlete Edgar has been for the past 4 years and wish nothing but the absolute best with his future in soccer.