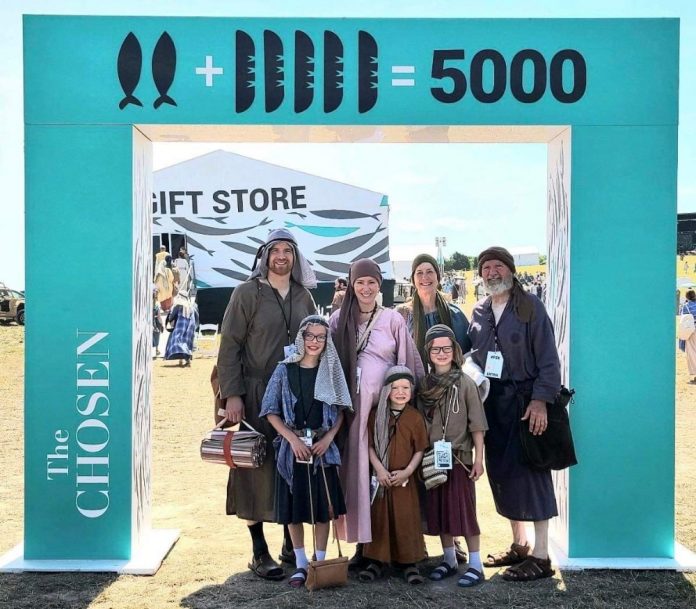 Roland Handel expressed the process of filming for The Chosen. “Most of the time, it was calling action and then quickly cutting.” said Roland. There were a total of 4 different groups, and for the Handel family they were with the longest filmed group in the film. Five hours of filming brought such an impactful retouched the family’s relationship with Jesus. Filming The Chosen reminded the family their personal relationship with Jesus and how his disciple’s were to Jesus. At the end of the film, the Handel family were very tired but forever so grateful for such an amazing opportunity.

The local library has three discs of Season 2 where the Handel family will be shown. The Chosen is also located with both Season 1 and 2 on Amazon or YouTube.