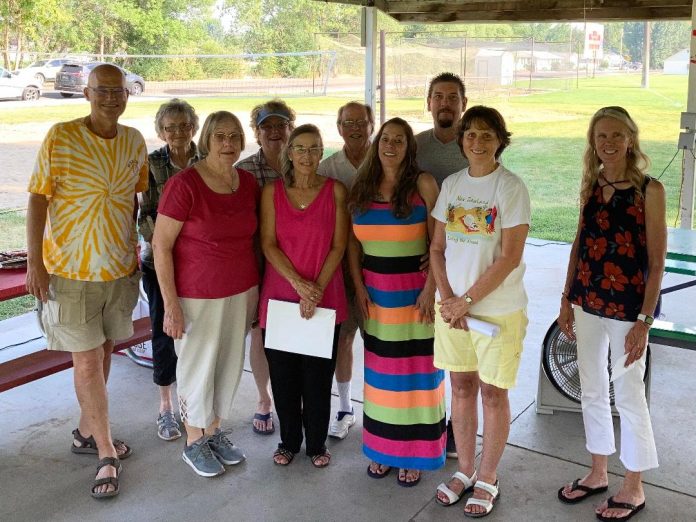 Thirteen years after Lions Clubs International was created in 1917, the Weiser Lions Club was formed.  91 years later, they are still going strong.  Weiser Lions are active in vision testing in the schools (over 500 students are tested each year), purchasing glasses for those with financial needs, helping support the Lions Sight & Hearing Foundation in Boise and the Idaho Blind Camp for Children, and contributing to Leader Dogs for the Blind.  In addition to helping with vision, 100% of funds netted from concession sales at Weiser’s middle school, junior varsity and varsity football games are donated to numerous charities including Weiser Memorial Hospital, the community Christmas dinner, school supplies, the WHS Robotics and Science clubs, the Cub and Boy Scouts, the 4th of July fireworks, Love INC, Weiser’s Senior Center and many more.

During the uncertain times in 2020, the Weiser Lions continued performing vision testing in the schools, working the concession stand at the football games and in early 2021, organized a community-wide sock drive to benefit Rose Advocates.  At the picnic, awards were presented to members whose efforts went above-and-beyond.  Certificates of Appreciation were awarded to Julie Derr, Juanita Moyle and Betty Simpson.  The Heritage Award and LCI chevron were presented to Jim Simpson for being a member in good standing for 45 years. Christina Isaacson was given the We Serve award for her work with the Leo Club at WHS.  The Lion of the Year award was rightfully earned by Don Moyle who juggles working the graveyard shift with volunteering.  The prestigious Hallock/Weymann award was presented to Linda Youngblood who is always ready with an “I’ll do it” attitude.  All awards were paid out of club dues in keeping with Lions’ regulation of donating back all monies received from fundraising.

Members John and Dorothy Evans were surprised with a gift card and a plaque for “love and devotion” to the Weiser Lions and the community of Weiser.  Club members personally donated to the purchase of the award which made it all the more special.

If you would like to serve your community by helping others, please consider joining the Weiser Lions.  Everyone is welcome, no exceptions.  Membership VP, Julie Derr (208-549-2096), would love to hear from you.