Weiser Man Sentenced To Over 5 Years For Possessing Child Pornography 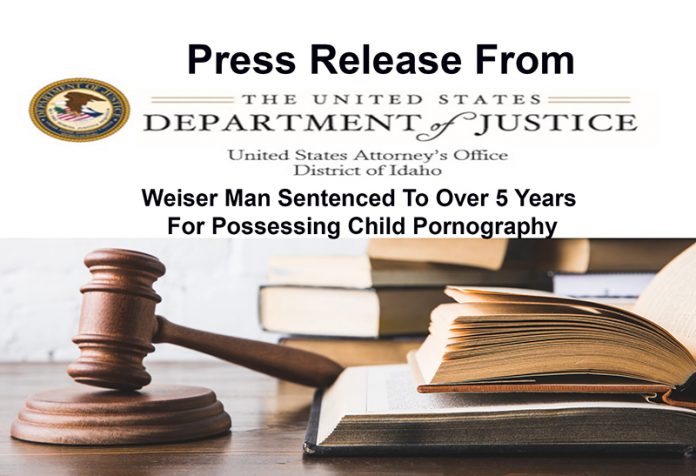 Press Release From The Department of Justice U.S. Attorney’s Office District of Idaho

A Weiser man was sentenced to 63 months in federal prison for possession of child pornography.

According to court records, in March of 2020, the Idaho Internet Crimes Against Children (ICAC) Task Force began investigating two CyberTips from Yahoo. A CyberTip is a report submitted to the National Center for Missing and Exploited Children (NCMEC). NCMEC gathers leads and tips regarding suspected online crimes against children and forwards them to the appropriate law enforcement agencies. According to the CyberTips, between February 13, 2018, and March 11, 2020, child pornography was uploaded to a Yahoo account that was later identified as belonging to Stuart Bardan, 37, of Weiser.

Chief U.S. District Judge David C. Nye also ordered Bardan to serve ten years of supervised release following his prison sentence and ordered Bardan to forfeit the cellphone that was used to commit the offense. As a result of the conviction, Bardan will be required to register as a sex offender.

Acting U.S. Attorney Rafael M. Gonzalez, Jr., of the District of Idaho made the announcement and commended the cooperative efforts of the Idaho ICAC Task Force, United States Postal Inspection Service, and Washington County Sheriff’s Office, which led to charges.