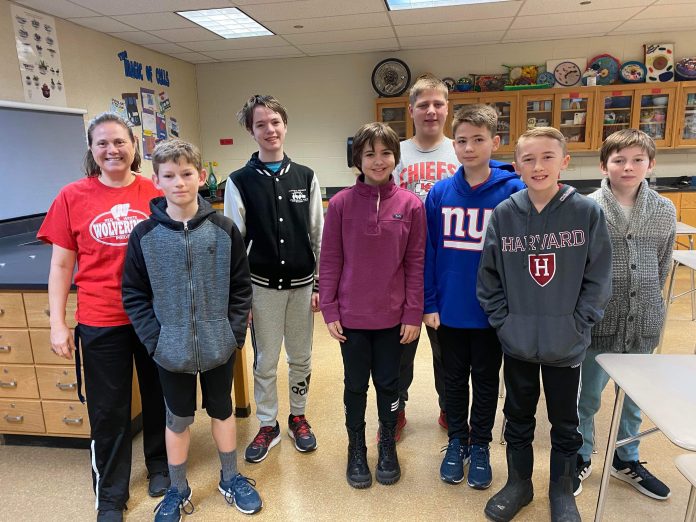 The 2023 Western Idaho Regional Science Bowl is a competition that is part of the U.S. Department of Energy National (DOE) Science Bowl.  As a nationwide academic competition, Middle and High School students can compete to test their knowledge of science and mathematics.

Mrs. Sheleigh Turner of Weiser Middle School is the coach of the school team with seven students who practice every Friday morning in preparation for the event where they will be answering fast-paced question-and-answer format.  Winners of the regional will earn a place to compete in the national finals event in Washington DC!

According to their website, approximately 33,000 students participated in the National Science Bowl throughout its 32-year history, and it is one of the nation’s largest science competitions (U.S. Dept. of Energy, 2023).  Weiser Middle School students are excited to join in the fun and do their very best to represent Weiser School District.  Students pictured above left to right are Jase Halverson, Peter Shaber, Gwen Morgan, Keegan Willet, Dallen Rux, Alden Haines, and Fynn Thompson.

Any school that participates for the first time will be entered into a drawing to win a trip to DC no matter how they place in the regional competition.  The Western Idaho Regionals will be held on February 11th for Middle School students and February 28th for High School.  For more information, visit science.osti.gov