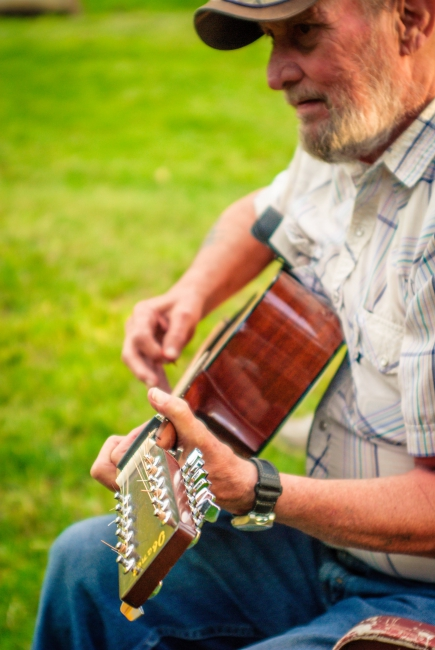 On Friday, July 12, 2019 Gerald “Dee” Foster passed away at the age of 77 in Grangeville, Id.
Dee was born on September 28, 1941 in McGill, Nevada to Henry and Kathrine Foster. Dee was
a rolling stone that didn’t collect much moss. He enjoyed seeing new places and learning new skills.
After 25 years of exploring the world through a tour in the navy, gold mining on the South Fork of the
Clearwater River, and developing the skills of an electrician, he settled in on long haul trucking which
satisfied his wandering urge. Dee retired from trucking in 2004 and resided in Weiser, Id until his health
began to fail in 2019, and then moved to the Grangeville Rehabilitation Center in order to be closer to
family.
Dee is most fondly remembered by family and friends for his gift with a twelve string guitar. He
enjoyed playing country music and singing around the campfire or just pickin and grinnin with friends.
Dee is proceeded in death by his parents, Henry and Kathrine and brothers Henry Jr. and Dennis.
He is survived by his children Jerry, Hank, Stephanie, Jewelene, Amy and Dawniel and brother Cary along
with numerous nieces and nephews and grandchildren. A private memorial will be arranged at a later
date for family and close friends.
Trenary Funeral Home of Kooskia is assisting the family.