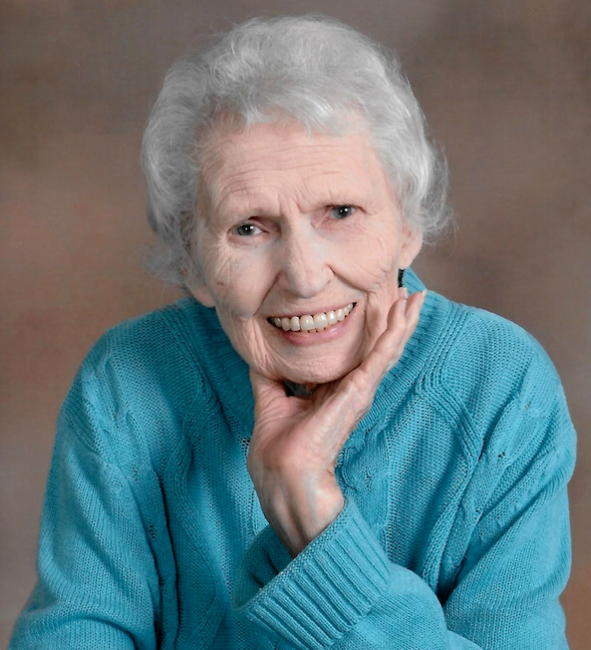 Born December 16, 1928, in Hawthorne, California and passed away on June 27, 2019, in Weiser Idaho, surrounded by her family. She was the eldest of three children of Sylvester (Bud)
and Nellie Lickteig. The family moved to Emmett, Idaho in 1933.  In 1946, she married the love of her life, Francis Wander.  They moved to Renton, Washington and then to Ephrata, Washington before moving to Weiser, Idaho in 1950.  From this blessed marriage of 68 years, came 10 children, five boys and five girls. When her youngest child began school, she went to work outside the family home. She worked for the Weiser School District in the school lunch program for 14 years.

Anna was very active in the Catholic church community, including Catholic Women&#39;s League, Altar Society and numerous church activities throughout her life. She was also involved in the Idaho Diocesan Deacon program. She volunteered in the Thrift Shop and as a secretary in the parish office.  She became the first female Catholic Eucharistic Minister in Weiser.  She was a lifetime member of the Beta Sigma Phi Sorority. Throughout her work in and with the church, she showed the light of Christ to all she encountered and was an example for others to follow in Christian life.
Anna enjoyed being close to the ocean listening to the sound of the waves, as well as camping in the mountains. She traveled extensively around the US, Canada, Mexico, Australia, New
Zealand, and various countries in Europe. She found beauty everywhere she went and in all people. She demonstrated love for all by constantly sending cards to family, friends and
strangers alike. She played the violin throughout her youth and enjoyed oil painting.
Anna is survived by her children: Tom (Amy) Wander of Tijeras, NM; Therese (Dwight) Hurd of Weiser, ID; Mary (Dudley) Adams of Weiser, ID; Jane (Hugh) McCann of Jamisontown,
NSW, Australia; Dorothy (Ed) Verdugo of Lake Stevens, WA; Karen (Chris) Hansen of Eagle,
ID; Tim (Debra) Wander of Fredericksburg, VA; and Father Paul Wander of Cottonwood, ID; 15 grandchildren and 14 great grandchildren.  She is also survived by her sister Ethel Bentley of Emmett, Idaho. She was preceded in death by her husband, Francis, and sons David and Gary and grandson Matthew Verdugo, and her sister Betty Bentley.
The Rosary will be prayed at St. Agnes Catholic Church in Weiser, Idaho on July 2, 2019 at 7:00 p.m. The Funeral Mass of the Resurrection will be celebrated on July 3, at 11:00 a.m. at the church. Arrangements under the direction of Thomason Funeral Home.