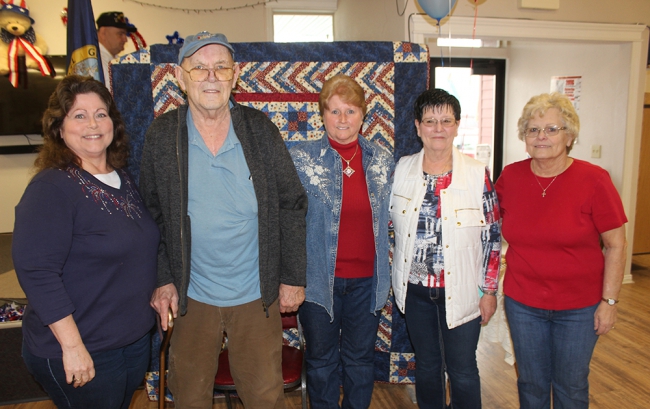 I recently had the honor of interviewing the latest Quilt of Valor recipient, Weiser resident Larry Kates. Mr. Kates explained how surprised and overwhelmed he felt because he was not expecting to be honored in such a beautiful way. What made the moment even more special was the fact that his Daughter’s Sister-in-Law would be the one to present the quilt to Mr. Kates. Trina Leininger, along with an amazing team of 3 other local ladies, make up the local Quilt of Valor Project team. Each one-of-a-kind quilt is specifically created for each individual recipient honoring their military service.

Mr. Kates grew up in Stafford, Kansas. He later on joined the Air Force and moved to San Antonio, Texas where he attended Dental Lab School in Montgomery, Alabama. Shortly after graduating from school, he moved to Colorado Springs, Colorado where he met and married his wife of 59 years. Upon his retirement from the military, he and his Wife moved to California, where for 40 years, he ran his own dental lab. It was following his retirement from his career, that Mr. Kates and his Wife moved to Weiser to be closer to their Daughter and other family where they still reside today.